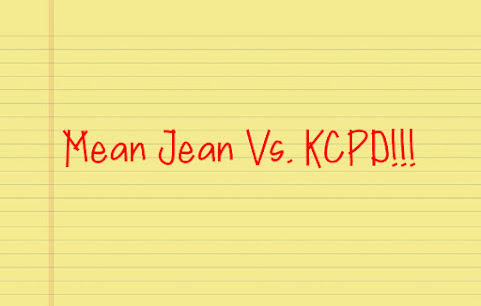 The Jackson County Prosecutor "Mean" Jean Peters Baker has been in an all-out rhetorical war with the Kansas City Police Department for at least three years and during that time the KCMO homicide count has continued to escalate at a historic pace.

CRITICS CALL OUT AN EPIC "YELLOW SHEET" CASE DROP BY MEAN JEAN THAT FAILS TO PROSECUTE SUSPECTS AS KC VIOLENCE STARTS TO RAMP UP!!!

Here is an EXCEPTIONALLY informed perspective and a glimpse at insiders frustrated with a progressive political agenda hampering law enforcement arrest efforts . . .

Last week, Jackson County Prosecutor's Office returned approximately 180 cases to the Kansas City Missouri Police Department in what is called a yellow sheet.  A yellow sheet means the prosecutor's office declined to file charges on that case.  These cases include crimes for possession of heroin, methamphetamine, cocaine, property crimes such as stealing, burglary, among others.  The reason most of these cases are not being prosecuted is because the Jackson County Prosecutor's Office has deemed those that the cases were against, posed no threat of violence and they do not pose a community concern.

So, hey Jackson County residents, how do you like Peters-Baker now?  Or what her office is doing?  Basically if you get caught with drugs or commit property crimes but don't have a violent record you can walk free with no consequences.

Let's not forget, Peters-Baker is the same Prosecutor who refused to charge an officer in a bad shooting back in 2016/2017 because she didn't feel she could get a conviction.  Fast Forward to 2020/2021 she charges police officers for much less.