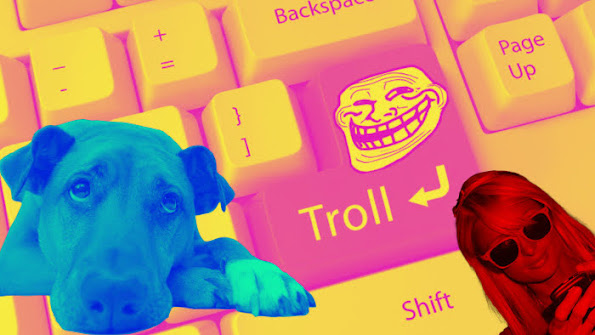 So, I tried cancelling comments for a day and didn't like how it felt . . . Kinda lonely.

Don't get it twisted . . . Traffic was actually better for an average Wednesday and social media interaction was a bit more engaging.

But one of the things about this blog that I actually liked was the semblance of community.

And rather than just quitting comments because of trolls, garbage bickering and a tidal wave of trash . . . TKC wants to ATTEMPT to build a better forum.

AND SO, AS AN ADMIRABLE  & COMPETENT CAPTAIN OF THIS BLOGGY VESSEL I'M HAPPY TO ANNOUNCE: WE'RE REVERSING COURSE AGAIN!!!

I'm gonna have to pony up a few bucks for Disqus and that'll take a bit of cash out of my coffee budget . . . Just wanted to note that if I seem cranky.

Even more importantly . . . Users can still comment anonymously without registering in any system:

TKC IS SEARCHING FOR "TRUSTED" USERS WHO CAN BYPASS ANY MODERATION AND HOPEFULLY WON'T FILL COMMENTS WITH OFF-TOPIC GARBAGE OR HATERATION!!!

So far, Super Dave and a few others will be the first to make this list . . . But everybody else will have to wait till I get around to moderating.

Longtime readers know that TKC doesn't really care about b.s. partisan politics and/or the vacuous blood feud betwixt two sides of the same coin. Forget trying to guess the TKC agenda because I don't even know. I'm somewhere between the Green Party and/or Libertarian insomuch as I've always been firmly committed to losing.

As always, local issues are what's most relevant to TKC given that so many people overlook the topics happening right in their backyard.

But . . .TKC is honestly excited about trying find "community" with people who think about local issues beyond the mainstream news hype.

If readers made it this far, I'll assume you're in or at least interested.

Comment away. I'll be able to add "trusted" users who have registered with Disqus. Those who don't want to register can still comment anonymously BUT will have to wait on moderation. THIS PROCESS, BUILDING TRUST, WILL TAKE TIME. For avid TKC readers and commenters that shouldn't be a big deal . . . I'm hoping that users who consistently leave insightful, funny, or relevant commentary will stand out quickly.

Of course there will be some garbage and fighting will be inevitable . . . BUT focusing on TRUSTED USERS is the way I'd like to proceed. This experiment could FAIL but I think it's something that would add value for readers & community.

It's really not that interesting but those of you who might know me in real life understand this is how all of my decisions go . . . Mental anguish, agonizing and soul searching before coming to a conclusion that already occurred to me hours, days, weeks, months, years earlier. On the bright side, indecision likely saved me from ever getting married and inevitably/invariably/predictably dealing with divorce court.

There might be updates but for now I'll finish this post with a crappy John Mayer song that's making my morning dose of caffeine even less palatable . . .