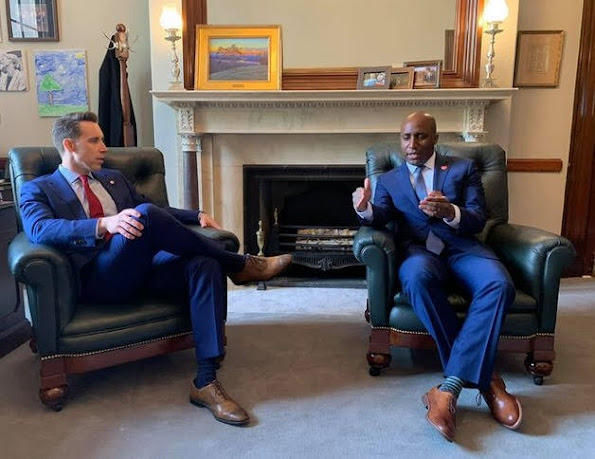 During his recent junket to D.C. Mayor Q earned headlines and social media hateration for a press conference with House Speaker Nancy Pelosi.

However, most Kansas City newsies overlooked his chat with Missouri Senator Hawley . . . A front runner to replace former Prez Trump as a MAGA leader.

As always, your jokes are better than mine.