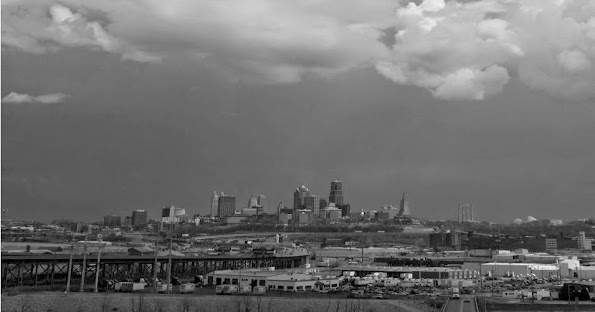 Typical Springtime rain flooded local streets, sent cars careening into one another and created quite a few emergencies today.

KANSAS CITY, Mo. - Heavy rain caused high water in parts of Kansas City Sunday morning. Lenexa police tweeted about high water at Santa Fe Trail Drive and Pflumm in Old Town Lenexa. Police warn drivers to stay away from areas of high water, as it's unclear how high the water is, and if the ground has given way underneath the water.

Wrecks and spinouts across the metro

KANSAS CITY (KCTV) -- Police and road crews have responded to numerous accidents this morning as heavy rain and lightning enveloped the Kansas City area. At one point around 10:45, KCTV5 was able to observe at least eight crashes involving local drivers.

by: Brian Dulle Posted: / Updated: KANSAS CITY, Mo. - The Kansas City Fire Department is investigating after a lightning strike caused a fire at a fourplex Sunday morning. The fire was reported just before 7 a.m. near 30th and Chestnut Avenue. KCFD tells FOX4 six children and four adults are now displaced due to the fire.

Strong storms knock out power to thousands in the metro

UPDATE: Most of the Claycomo area power has been restored. Parts of Westport/Midtown are still seeing outages along with North East Kansas City. FAIRWAY, KS (KCTV) -- KCTV5 is seeing power outages upwards of 5,600 in the viewing area. The largest outage are north of the city near Claycomo with 3,500 outages and about 260 in Midtown and Westport area.

Fight For The Future Right Now

The Environmental Protection Agency has revived its dashboard of key climate change indicators after four years with no updates. From spikes in summer heat waves to sea level rise to the loss of melting ice sheets, the EPA says the data shows "compelling and clear evidence of changes to our climate."

PROVIDENCE, R.I. -- Climate scientists have warned for years that a warming planet would cause more extreme storms, like the one that walloped Texas in February, knocking out power and leaving millions in a deep freeze. Yet as the snow fell and the wind howled, some looked for other explanations for the storm and its resulting power outages.

Why is it raining so hard? Global warming is delivering heavier downpours " Yale Climate Connections

When it rains, it pours. Today's rainstorms give new meaning to this age-old expression. Extreme precipitation has increased in nearly every region of the mainland United States since the start of the 20th century, according to the Fourth National Climate Assessment, a comprehensive scientific report about climate change in the U.S.