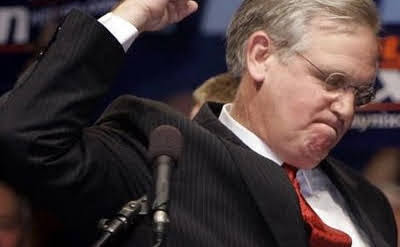 Sorry, we missed this note during the redesign but it's worth a glimpse given a tragic fact that puts the former Missouri Guv back in the mix . . .

"Recruiting is a challenge in a state Trump won by more than 15 percentage points last year and where Democrats have won only one statewide race in eight years."

Moreover . . . Disgraced Guv Greitens might be the last hope for the super minority party in what will certainly be a red wave for at least the next two election cycles.

The makings of a Democratic comeback are there in Missouri. Republican Sen. Roy Blunt is retiring. Former Gov. Eric Greitens, chased from office by accusations of sexual misconduct and campaign finance violations, is a top candidate to win the GOP nomination for Blunt's seat in 2022.