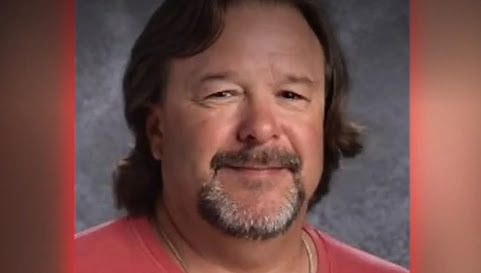 This suburban student leader has been blasted in local media so it's only fair to highlight his side of the story.

Money line from his statement sent to Fox4 . . .

"Never, never, never have I ever used the ‘N-word’ or any other racial slur to address a student, player, or person in my entire 25 year career in this district nor my personal life.

"On May 6th, a player from my team was playing music on a loudspeaker. As I walked by the speaker, the lyrics of the song said, 'b****s sucking my c**k' and 'n*****.' As you could imagine; I was shocked and offended and asked him to turn it off. When that didn’t immediately occur, I repeated, 'Turn that off, we are not going to play music that says ‘b*****s sucking my c**k and n*****.’ Change the song, change the artist, change the genre. I don’t care, just turn that s**t off.'

"At this point, he turned it off and I continued on to observe the sub-varsity practice. In my opinion, these types of lyrics should never be played in a public venue at a school event. I deeply regret that I repeated the N-word aloud; however, I do not regret requesting that a song with such offensive and derogatory language be turned off."

The response touted by a lesser blog . . .

"The father of the student, who reported the incident, said the coach's version is incorrect and demeans his son. Instead, he places his trust in the school district’s investigation."

WHO DO YOU BELIEVE?!? IS REPEATING THE N-WORD & EXPLICIT RAP MUSIC LYRICS JUST CAUSE FOR TERMINATION?!?

Most education professionals would argue that dismissing the coach is the right decision and this might very well be an argument about self-control and professionalism that's lost in culture war politics.