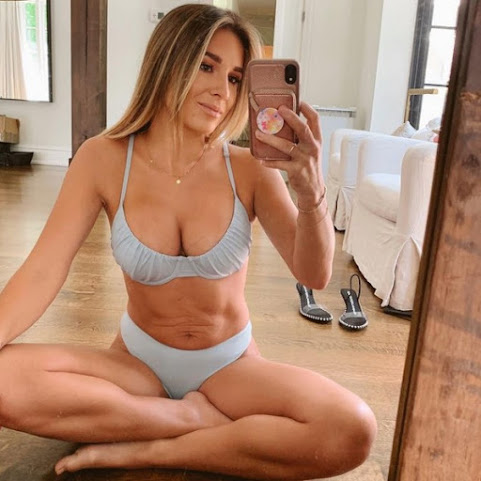 An aging celeb hottie inspires us to keep up with pop culture, community news and top headlines tonight.

KANSAS CITY, Mo. (AP) - A Kansas City man has been convicted in federal court of conspiring to steal more than 1,400 cell phones in burglaries in several states, and then reselling them. Bryan C.

Ahead of a potential name change , Johnson County leaders are diving into the history of Negro Creek. The creek spreads out across roughly 8 square miles of property, stretching through Overland Park and Leawood and feeding into the Blue River.

Jessie James Decker is living her best life and feeling so confident in her skin after treating herself to something she wanted. The stunning singer, 33, took to Instagram on May 6 to reveal that she had gone through a breast implant procedure, and she is so happy with the results!

Twitter suspended an account on Thursday that appeared to be circumventing its ban on former President Donald Trump by posting messages he shared on his own website. The move was more evidence that the social media behemoth will continue to take action to enforce its ban on Trump, which was instituted in his final days in office as he tried to overturn his election defeat.

President Biden significantly misstated estimates on how many jobs would be created through the implantation of his " American Jobs Plan" during a speech Wednesday in Lake Charles, Louisiana. Biden has called on Congress to approve roughly $2.2 trillion in spending on physical infrastructure projects as well as other goals favored by his administration, such as jobs training and elderly care.

OVERLAND PARK, Kan. - There's a new twist to a civil lawsuit that parents filed against the Blue Valley and Olathe school districts. The case will no longer be heard in Johnson County court but in federal court instead.

It will be clear this evening and overnight. Temperatures will cool into the upper 40s overnight.Clouds will be on the increase as the temperature warms to near 70 on Friday. There will be a chance for a few rain showers late in the evening.