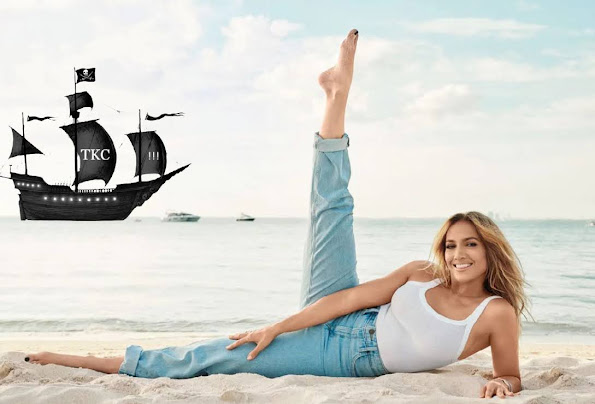 In the midst of this #TBT we share recent news of eternal hottie JLo and her 51-year-old goodness along with pop culture, community news and top headlines.

America's top 20 cities for BBQ: Kansas City not one of them, analysis finds

KANSAS CITY, MO (KCTV) -- A new list of the best barbecue cities in the states is bound to trigger some people in Kansas City. Chef's Pencil ranked the top 20 cities for barbecue. New Orleans (first) and Oklahoma City (second) were ranked as the best cities for barbeque in America.

FAIRWAY, KS (KCTV) -- Pharmacies across the metro, and at least one local health department, will begin offering the COVID-19 vaccine to children as young as 12 starting Thursday. Hy-Vee, CVS and the Johnson County Department of Health and Environment made the announcement Wednesday. More pharmacies will likely follow suit.

KANSAS CITY, MO (KCTV) -- It's been less than a year since KC Pet Project took over Animal Control Services in the city. The organization is now keeping meticulous records as part of a pilot program with Best Friends Animal Society.

KANSAS CITY, Mo. - A Kansas City, Missouri, artist is using her talents to draw attention to the economic and ecological blight in the Marlborough neighborhood. Julie Farstad, a painting professor at the Kansas City Art Institute, was awarded the Rosser Biennial Faculty Fellowship Endowment last year.

Ben Affleck Started Reaching Out to Jennifer Lopez Back in February

Ben Affleck and Jennifer Lopez didn't just rekindle their romance within the last 2 weeks, instead, it's been building since February ... when he started flooding her with emails while she was filming in the Dominican Republic. Sources with direct knowledge tell TMZ ...

WASHINGTON - A Marine Corps officer was arrested Thursday and charged with assaulting police officers at the Jan. 6 attack on the Capitol, making him the first service member on active duty charged for his role in the deadly riot, the Justice Department said. Maj.

(Bloomberg) -- Colonial Pipeline Co. paid nearly $5 million to Eastern European hackers on Friday, contradicting reports earlier this week that the company had no intention of paying an extortion fee to help restore the country's largest fuel pipeline, according to two people familiar with the transaction.The company paid the hefty ransom in untraceable cryptocurrency within hours after the attack, underscoring the immense pressure faced by the Georgia-based operator to get gasoline and jet fuel flowing again to major cities along the Eastern Seaboard, those people said.

Law enforcement officials in Palm Beach County, FL are reportedly developing a contingency plan in case Donald Trump is indicted by Manhattan District Attorney Cyrus Vance while the former president lives at Mar-a-Lago. As the former president continues to wage war with his various political foes, Trump and his businesses are still under a grand jury investigation for multiple allegations of banking and tax fraud.

GUANGZHOU, China - Hundreds of billions of dollars were wiped off the entire cryptocurrency market after Tesla CEO Elon Musk tweeted that the electric vehicle maker would suspend car purchases using bitcoin. At around 6:06 a.m. Singapore time on Thursday when Musk made the announcement, the value of the whole cryptocurrency market stood at around $2.43 trillion, according to data from Coinmarketcap.com.

WASHINGTON - U.S. President Joe Biden on Thursday said that he has not seen a "significant overreaction" from Israel in response to rocket fire from Gaza amid the latest regional flare-up. "The question is how we get to a point where they get to a point where there is a significant reduction in the attacks, particularly the rocket attacks that are indiscriminately fired into population centers," Biden told reporters.

'Friends' Reunion Special at HBO Max to Premiere in May, Drops First Teaser

The long-delayed " Friends" reunion special at HBO Max will finally be there for you, with the streamer announcing the official premiere date. "Friends: The Reunion" will debut on HBO Max on May 27. In addition, HBO Max debuted the first teaser trailer for the special, which can be viewed above.

KANSAS CITY, Mo. - As the housing market remains competitive for buyers, so-called "fixer upper" homes are becoming a more attractive option, especially in the Kansas City area. A Clever Real Estate survey found that 71% of millennials would be willing to purchase a fixer upper, meaning a home that needs some upgrades or renovations.

Six members of the U.S. military walked into a bar at the Lake of the Ozarks in early May expecting service, but the bartender crumpled up one of their IDs and told them to "get the f--- out," a viral video shows.

KANSAS CITY, Kan. - A doctor at The University of Kansas Health System is debunking some myths circulating online about the COVID-19 vaccines. Dr. Dana Hawkinson, an infectious disease specialist, sets the record straight when it comes to fact vs. fiction. Myth 1: The vaccine causes infertility issues in women.

The Sewing Labs' fundraiser to highlight success of women entrepreneurs

A Kansas City nonprofit that teaches sewing as a job skill is holding a unique fundraiser. The event highlights success stories and encourages women to become entrepreneurs.Lindsey Ryan, 29, of Kansas City loves to sew. But it was just a hobby until she discovered The Sewing Labs.

by: John Pepitone Posted: / Updated: KANSAS CITY, Mo. - The Kansas City Chiefs will play the Cleveland Browns at GEHA Field at Arrowhead Stadium to open the 2021 NFL season and Chiefs fans are more excited this year than last year.

'Their legacy will continue': KC Monarchs look to past for inspiration ahead of new season

KANSAS CITY, Kan. - Jackie Robinson, Ernie Banks and Jose Mendez are just a few of the legendary baseball players who suited up for the Kansas City Monarchs more than half a century ago. Now a new team will get to put on those iconic Kansas City jerseys next week.

Kansas City Chiefs head coach Andy Reid appeared on NFL Network's "Schedule Release '21" show on Wednesday night, speaking with his old friend Steve Mariucci, with whom he served when both were assistant coaches with the Green Bay Packers from 1992 through 1995.

Royals Review Roundtable: What the heck happened to the Royals?

The Royals were flying high in April with a 16-9 record that was tops in all of baseball. And quicker than you can say "run differential" the Royals' first place status vanished in a nine-game losing streak that now has them under .500.

Kansas City weather: A week of rain followed by a chance of more rain

KANSAS CITY, Mo. - The second half of May is looking more and more like a wash. The Kansas City metro is in for a fair amount of rain over the course of the next seven days, starting on May 14.

Billboard #1 in 2001, Destiny's Child - Bootylicious is the #TBT song of the day and this is the OPEN THREAD for right now.