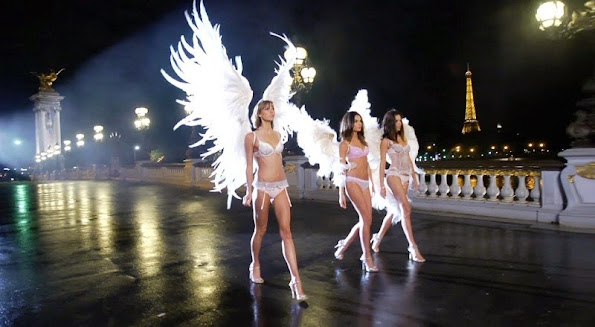 For late night denizens and early risers we share more stories for contemplation and insight from the world of pop culture, community news and top headlines.

Kansas City Turns Out For Liberty

KANSAS CITY, Mo. - Thousands of people gathered at the National World One Museum to pay tribute to all the men and women who lost their lives while serving in the U.S. Armed Forces on Sunday. There were hot air balloons on display, which were used in World War One for reconnaissance, that were lit up on the north and south east lawn.

KANSAS CITY, Mo. - Last year in an historic move, the Catholic Diocese of Kansas City and St. Joseph issued a dispensation excusing parishioners from the "Holy Obligation" of attending weekly mass. On Monday, June 1, the church will lift that dispensation as part of a campaign called "Come Home to Communion."

The Covid pandemic made the past 14 months a literal roller coaster of a ride for both theme parks and their fans. Parks shut down or didn't open at all last spring, and although some did reopen by summer, it was with strict capacity limits and stringent health and safety measures that put off some customers and definitely dented the fun factor for others.

Officials from Egypt and Israel held meetings in both countries Sunday to discuss solidifying a tentative truce between Israel and Hamas and rebuilding the Gaza Strip. The Associated Press reports that Egyptian Foreign Minister Sameh Shukry welcomed his Israeli counterpart Gabi Ashkenazi, in Cairo.

President Biden sent a warning to the presidents of and Russia during his Memorial Day address on Sunday. "I had a long conversation for two hours recently with [Chinese] President Xi [Jinping], making it clear to him we could do nothing but speak out for human rights around the world because that's who we are," Biden said.

Greenwood is "holy ground," said the Rev. John Faison of Nashville, Tenn., who preached at the service and is assistant to the bishop of social action for the Full Gospel Baptist Church Fellowship. He said the centennial both honors the victims of the massacre and "celebrates the resilience and the resurgence of an amazing people of God."

It's been a year of Antifa and unchecked anarchy: Devine

It was one year ago on Friday that Minneapolis' soy-boy mayor, Jacob Frey, issued the order to police to evacuate the Third Precinct and leave the station to be overrun by the mob and burned to the ground.

HBO Max appears to have been maxed out. On Sunday night at 10 pm ET, when HBO's highly anticipated Mare of Easttown season finale was to have started, social media erupted with reports that the cabler's streaming service -- which only days ago celebrated its first birthday -- was down for many su...

KANSAS CITY, Mo. - Ahead of Memorial Day, thousands of people gathered at The National World War One Museum and Memorial for its first ever Hot Air Balloon Glow. Several inflated hot air balloons were spread across the lawn and lit up the yard at the museum.

MINNEAPOLIS (AP) - Whit Merrifield had two hits and scored two runs, helping the Kansas City Royals beat the Minnesota Twins 6-3 on Sunday. Andrew Benintendi and Hunter Dozier each drove in two runs for Kansas City, which had dropped three of four. Dozier hit a solo drive in the ninth inning for his sixth homer.

ON THE RADAR. MORE RAIN TOMORROW. PE:TE IF YOU ARE HEADING OUT TONIGHT, THE RAINFALL IS VERY LIGHT. VERY LIGHT GRE,EN SHOWER ACTIVITY MOVING INTO EASTERN KANSAS. ACROSS THE STATE LINE INTO AREAS OF MISSOURI. MOSTLY DRY BUT EVERYBODY HAS THE CLOUD COVER.

This is the OPEN THREAD for tonight. Thank you for reading this week and hopefully we'll have more for tomorrow morning . . . STAY TUNED!!!