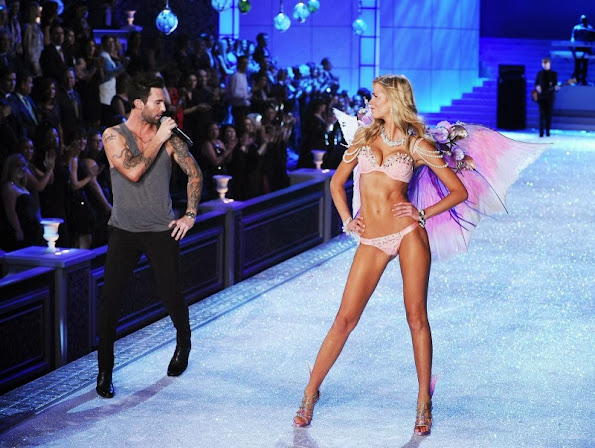 Right now our TKC blog community focuses on the fate on fan iconic panty brand and share more than a bit of pop culture, community news and top headlines.

The Detroit Tigers take on the Kansas City Royals at Kauffman Stadium on Saturday, May 22 at 4:10 p.m. The game will be broadcast on Bally Sports Detroit.

Home Sweep Home: Prepping Your Home For The Market

Two and a half years ago, when I was 38 weeks pregnant, my husband and I decided it was a good time to move. We bought a house in a coveted area of Prairie Village without really giving it much thought. We followed our gut, and, in my case, my about-to-pop pregnant belly, and decided to go for it.

Wall Street is optimistic about Victoria's Secret's revival after its parent firm reported Q1 earnings. Same-store sales were up 9% for the first three months of 2021 versus 2019 for Victoria's Secret brand. Experts cite more inclusive marketing and a management shakeup as key factors. See more stories on Insider's business page.

How the 'Culture War' Could Break Democracy

In 1991, with America gripped by a struggle between an increasingly liberal secular society that pushed for change and a conservative opposition that rooted its worldview in divine scripture, James Davison Hunter wrote a book and titled it with a phrase for what he saw playing out in America's fights over abortion, gay rights, religion in public schools and the like: "Culture Wars."

Though Caitlyn Jenner would be the first transgender governor if elected to lead California, she's been largely rejected by the transgender community, who see her Republican-leaning views as coming from a place of privilege. "She's completely detached," said Bamby Salcedo, president of the TransLatin@ Coalition, an advocacy group.


South Of The Border Plagued By COVID

More than 1 million total COVID-19 deaths have been reported in Latin America and the Caribbean as of Saturday, according to data collected by Johns Hopkins University. The region - which accounts for 8% of the world population - has reported approximately 29% of all global COVID fatalities.

(Bloomberg) -- Inflation is landing in America's refrigerators -- and it's hitting meat-eaters most of all.About one in three U.S. adults say they're spending more on groceries than they were at the start of 2021, according to a Morning Consult survey of 2,200 U.S. adults conducted May 17 to 19 for Bloomberg News.

The cast of " Saturday Night Live" wrapped up their 46th season on May 22 by addressing the audience directly in the cold open to discuss the "crazy" year we all just went through due to the COVID-19 pandemic.

For more stories like this one, subscribe to A People's History of Kansas City on Apple Podcasts, Spotify or Stitcher. Kansas City takes a lot of pride in being the place where Walt Disney started his first animation studio and created his first cartoon characters. But here's the thing: Walt Disney didn't design Mickey Mouse.

The renovation of the historic Westport High School into a 138-unit apartment project could begin by late summer following approval of a sales tax incentive by a city development agency Thursday. The board of the Planned Industrial Expansion Authority unanimously approved a sales tax exemption on construction materials for the $50 million project called The Apartments at Westport Commons being developed by HP Development Partners II.

Another chance of rain Sunday afternoon, rainy week ahead

Hide Transcript Show Transcript TODAY. KATIE: NO YOU CAN'T. WE'LL KEEP AN EYE ON IT. THERE IS A CHANCE OF A RAIN SHOWER OR A THUNDERSTORM BUT THE CHANCE IS PRETTY LOW. I'LL SWHO YOU WHAT IS GOING TO HAPPEN. RIGHT NOW WE HAVE A PARYTL CLOUDY SKY OVER THE CITY.

Fatboy Slim - Praise You is the song of the day and this is the OPEN THREAD for right now.