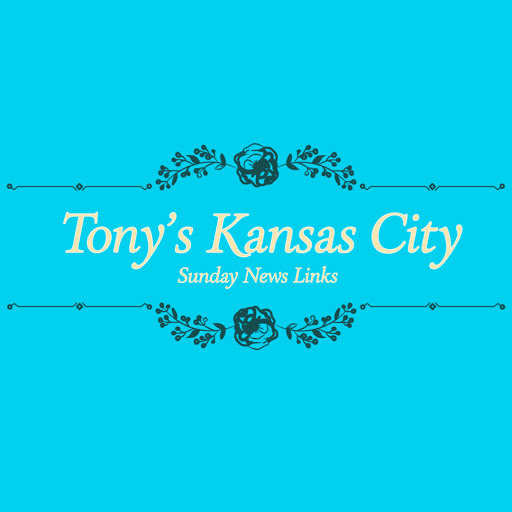 This quick design is something that my tias would have thought was classy and we use it just to share a few items worth a peek for our more dedicated news readers.

KANSAS CITY, Mo. - A Kansas City, Missouri, family is doing its part to provide the urban community with fresh produce through an "urban farm," near East 38th Street & Wayne Avenue. Yolanda and Alan Young initially started a garden to grow food to eat themselves.

Decked out in signature pink and green and pearls, members of the Alpha Kappa Alpha Sorority on Saturday morning staffed tables in the parking lot of the Kansas City Health Department - greeting visitors there for free 3D mammograms and breast cancer screenings in the Mammography Mobile Unit.

On Saturday afternoon about 2:30pm, Kansas City, Missouri Police Officers responded to the area on Chestnut under the Lexington Avenue bridge on a report of two pedestrians walking on the west side of the roadway that were struck by a Ford pickup truck traveling South on Chestnut.

WASHINGTON - The nearly $1 billion that U.S. Rep. Garret Graves is seeking through Congress' revamped earmarks process isn't a typo. The Louisiana Republican says Baton Rouge desperately needs a new bridge to alleviate a crush of roadway congestion - at a cost of $955.2 million for several projects.

A US intelligence report found that several researchers at China's Wuhan Institute of Virology fell ill in November 2019 and had to be hospitalized, a new detail about the severity of their symptoms that could fuel further debate about the origins of the coronavirus pandemic, according to two people briefed on the intelligence.

A "parasite" on the Democratic Party is how journalist Edward Isaac Dovere describes former President Obama in his forthcoming tell-all book "Battle for the Soul: Inside the Democrats' Campaign to Defeat Trump." In a chapter entitled "Benign Neglect," Dovere writes that the section's namesake is how Obama aides privately described his abandonment of the Democratic Party once in the White House.

Republican lawmakers this weekend blasted Rep. Marjorie Taylor Greene, R-Ga., for comparing the House mask mandate to the Holocaust. The Republicans who criticized Greene were among those who either voted to impeach former President Donald Trump earlier this year or, in addition, voted to strip Greene of her committee assignments.

Rand Paul revealed he would not be getting the vaccine. The senator from Kentucky said he sees no point in getting vaccinated because he already had COVID-19.

Alex Rodriguez is focusing his energy on the future. The former baseball star took to his Instagram Story on Sunday to share that he's stepping "into a new beginning," as his ex Jennifer Lopez reunites with Ben Affleck. "I am about to step into a new beginning in my life.

In the box score it may be Royals vs Tigers, but on the field each team honored the Negro Leagues by wearing Kansas City Monarchs and Detroit Stars jerseys. Saluting the Negro Leagues in style. We'll be auctioning off game-used jerseys, hats, batting helmets and the bases from today's game.

Chance for more rain Monday, could tie record for consecutive days of rain

Hide Transcript Show Transcript ALERT WEATHER. EMILY:E W DIDN'T KNOW IF WE WERE GOING TO DO .IT BUT ANOTHER DAY WITH MEASURABLE RAIN. SO THAT GETS US CLOSER TO TTHA RECORD. NEVILLE: YEAH, SO IF YOU'RE RECORD, YOU GOT YROU WISH. BECAUSE WE HAD MEASURABLE RAINFA.LL WE'RE TALKING ABOUT1 .00 OF AN INCH OF RAIN AT K.C.I.