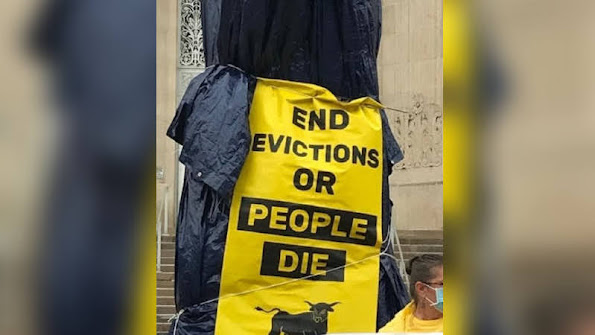 We're about three years into a major Kansas City homicide spike without many new ideas or solutions from dead-tree media.

However, in today's issue hot off the presses from Iowa . . . The so-called paper-of-record echoes activist outcry from KC Tentants and blames the rent for all the world's misery.

Philosophically there's probably some merit to this comparison even if the data doesn't prove out.

In Kansas City, a wave of evictions could push gun violence to new extremes this year

When Bryan Murrell first found the house, he could barely imagine anyone had ever lived there. It was boarded up, filled with trash, everything in complete disarray. But Murrell, a part-time home renovator, knows this house on a corner of Prospect Avenue in Kansas City's Washington-Wheatley neighborhood can be a happy home again.