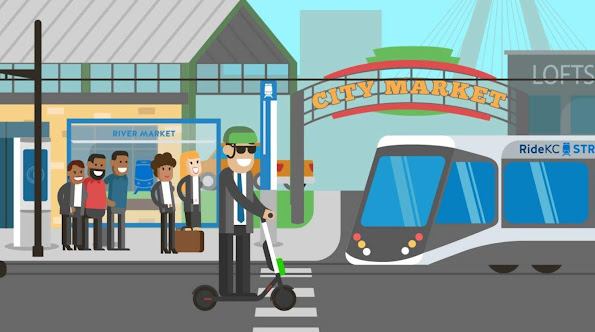 THUGS ON SCOOTERS TRAGICALLY BEAT DOWN THIS KANSAS CITY DUDE & THEN SPED AWAY!!!

According to court records, Kansas City police were inside the Kansas City Area Transportation Authority East Village Transit Center security office near 12th and Charlotte when a woman told them about the attack nearby. Officers found the victim who said teens assaulted him.

The man told police he was standing near the transit center just before 9:00PM on May 7th when about 12-15 teenagers approached him. He says he told the teens, “he didn’t want any trouble.” Then they kicked him, punched him, and stomped on his head.

On the bright side . . . Given the tracking tech that's plugged into scooters, it should be easy to find the assailants in much the same way that a hipster dude wearing skinny jeans reveals far too much about himself.

KANSAS CITY, MO -- A man says he was attacked near a Kansas City bus transit center by a group of teenagers who were riding scooters. Police are still searching for the strong-armed street robbery suspects.