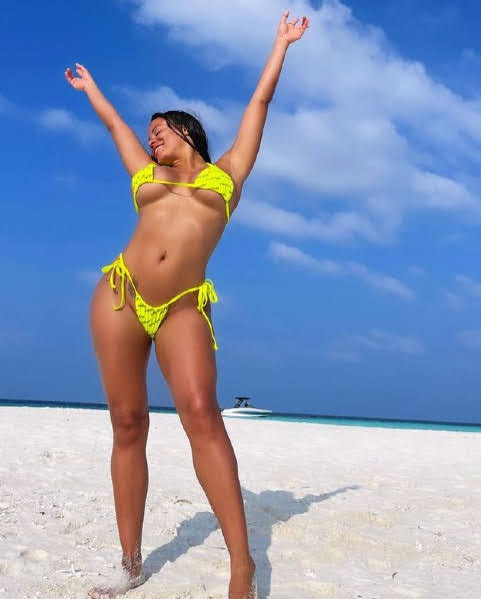 For weekend denizens of the discourse we notice the pr0n companies stepping up their mainstream merch game as we check pop culture, community news and top headlines.

KANSAS CITY, MO (KCTV) --- For the first time in over a year, Kansas City's restaurants had the ability to operate at full capacity. On Monday Kansas City Mayor Quinton Lucas announced the city would no longer require social distancing inside local shops. The Mayor added he hopes this is the last order for the city.

INDEPENDENCE, Mo. - For the first time since a pause in its distribution was lifted, the Johnson & Johnson vaccine is being offered to people in the metro area Friday. Public health workers believe the "one-and-done" shot may soon become popular again.

Zarda Bar-B-Q announced Friday it teamed up with Kansas City Royals star Hunter Dozier to create a one-of-a-kind new sandwich -- The Big Dozier -- that is as tasty as it is charitable.

Ex-porn star Mary Carey announces bid for California guv with heavy dose of puns: 'I am ready to be on top'


Prez Biden Against The World

LONDON - In just 100 days, President Joe Biden has begun to transform America's image in the eyes of the world, recasting it in a mold of diplomacy and professionalism and undoing some of the brash, unpredictable reputation built by his predecessor. But that's the easy part.

Ahead of a special election on Saturday to replace a Texas congressman who died after contracting Covid-19, former president George W Bush said the ascendancy of supporters of Donald Trump suggest Republicans "want to be extinct". The special election is in the sixth district, whose Republican representative, Ron Wright, died in February.

West Virginia Democratic Sen. Joe Manchin on Friday said that he opposes a bill to make Washington, DC, the 51st state - effectively killing a push by fellow Democrats that would all but guarantee them two more seats in the Senate.

A Texas Democratic official is facing calls to step down from his role after he called Sen. Tim Scott, R-S.C., a racial slur. "I had hoped that Scott might show some common sense, but it seems clear he is little more than an oreo with no real principles," Lamar County Democratic Party chair Gary O'Connor wrote in a now-deleted Facebook post, referring to Scott's rebuttal to President Biden's Congressional address on Wednesday.

What We Know About the Child Pornography Case Against Josh Duggar, Which He Denies

The former 19 Kids and Counting star has pleaded not guilty and remains in custody pending a bail hearing The Duggar family was rocked this week when eldest son Josh Duggar was arrested and accused of possessing child pornography two years ago - a crime that could land him in prison for decades, if he is convicted.

Because COVID-19 has been detected in urine and stool samples, public restrooms can be cause for concern. Researchers measured droplets generated from flushing a toilet and a urinal in a public restroom and found a substantial increase in the measured aerosol levels in the ambient environment with the total number of droplets generated in each flushing test ranging up to the tens of thousands.

OVER KANSAS CITY, YOU CAN SEE A HALF-MOON IN THE SKY, IT IS BEAUTIFUL. 63 DEGREES RIGHT NOW, SOUTH AND SOUTHWEST WINDS AT 11 MILES AN HOUR.

Billie Eilish - Your Power is the song of the day and this is the OPEN THREAD for right now.