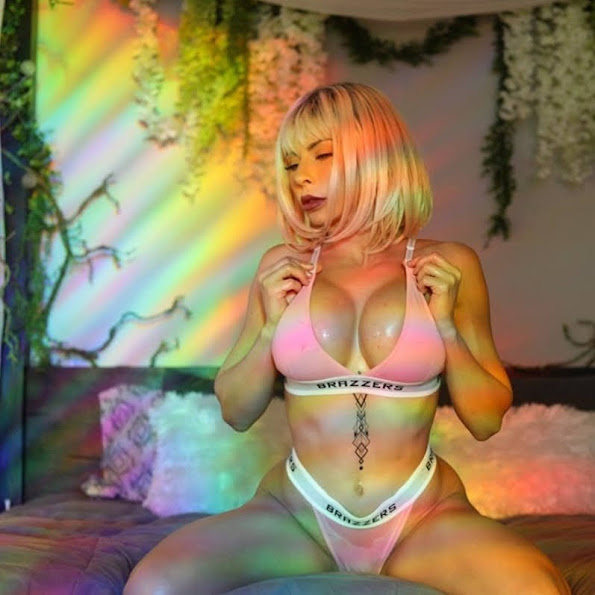 Right now hottie Maddy and her pr0n game promo for a top brand inspires our morning news blast along with a peep at pop culture, community news and top headlines.

The folks at the Northeast News are still a bit giddy about what happened in March after they delivered a newspaper with a blank front page to the aging Kansas City neighborhoods in their coverage area. The first calls came from bewildered readers. Something must have gone wrong in the printing process, they said.

OVERLAND PARK, Kan. - In April, Google Fiber began offering 2 gigabits per second download speed for residential internet customers in 22 municipalities around Kansas City, Missouri. The tech giant is the first internet service provider to offer speeds of 2Gbps in the area. "So far so good, we've been really pleased by the response here.

Less than a year after KC police officer was shot in head, he returns to accept honor

KANSAS CITY, Mo. - A Kansas City police officer who nearly lost his life last year stood in front of Kansas City's mayor as they adopted a resolution honoring him Thursday afternoon. Officer Tyler Moss was shot in the head while responding to a call about a man with a gun on July 2, 2020.

The Royals snapped an 11-game losing streak on Friday by defeating the Chicago White Sox 6-2 in the first game of a doubleheader. They dropped the evening contest 3-1 and are now 17-21 on the season. The Royals were able to get in the win column for the first time in nearly two weeks with timely hitting and a solid start from Brad Keller.

LENEXA, Kan. - Peace, hope, creativity, community involvement - these are the pillars Lenexa is trying to build on. Literally. "The last year that we've been through, with having to stay home and not see their friends you know, and things like that...

The Best Things to Do in Kansas City

American Federation of Teachers (AFT) president Randi Weingarten is facing criticism from parents and Republicans over a speech she gave in favor of fully reopening schools this fall. Weingarten, and teachers' unions generally, opposed returning to in-person learning for much of the pandemic.

A US envoy has arrived in Tel Aviv for de-escalation talks as unrest between Israel and the Palestinians continues. Hady Amr will take part in talks with Israeli, Palestinian and UN officials and reinforce what US diplomats said was the need for a "sustainable calm".

A day after the Centers for Disease Control and Prevention issued new masking guidelines, retailers started announcing changes to mask policies for fully vaccinated customers. Trader Joe's, Walmart, Sam's Club, Costco and Publix were the first to confirm updates to mask requirements, leading the way for mask-free shopping except where required by state or local mandate.


Lady Fight In The House

Republican Rep. Marjorie Taylor Greene confronted Democratic Rep. Alexandria Ocasio-Cortez outside the House chamber on Wednesday afternoon. The incident, first reported by The Washington Post, was just the latest of several hostile confrontations the Georgia congresswoman has had with her Democratic colleagues, but her interactions with the New York Democrat predate Greene's election to Congress in 2020.

President Vladimir Putin said on Friday that neighbouring Ukraine was becoming 'anti-Russia' and that Moscow would be ready to react to what he said were threats to its own security. Putin was speaking a day after a Ukrainian court placed Viktor Medvedchuk, a prominent pro-Russian politician who says Putin is godfather to his daughter, under house arrest.

On Friday, the "footprint" of a Chinese robot imprinted on the surface of Mars, making China just the third nation to safely reach the surface of the red planet. The ambitious Tianwen-1 mission was China's first attempt at reaching the surface of another planet.


Reunion On The Backside

Rumors of a romantic reunion between Jennifer Lopez and her former fiancé Ben Affleck have been buzzing for the past two weeks, and now some fans of the early aughts couple believe it's official: Bennifer is back! That's not due to a statement from the stars, recent paparazzi pics or even news of the Montana vacation they allegedly took together earlier this month.

Courtesy of Kansas City Public Library Beginning May 13, people can sign up for the FCC's Emergency Broadband Benefit program. The $3.2 billion program provides monthly and one-time price breaks for both service and equipment from various internet providers as well as PCs. Those providers include AT&T, Charter/Spectrum, Cricket Wireless, Comcast, T-Mobile, and Verizon.

KANSAS CITY, Mo. - Sporting Kansas City and the Community Blood Center are partnering to host a blood drive Friday at Children's Mercy Park. One local family benefited from blood donations and is now sharing its message for future donors.

The Kansas City Chiefs finally revealed rookie jersey numbers with the start of its annual rookie minicamp on Friday, highlighted by those of the draft picks: Second-round linebacker Nick Bolton will wear No. 54, second-round offensive lineman Creed Humphrey will wear No. 52, defensive end Joshua Kaindoh will wear No.

Three years after being hit by car and left for dead, this dog is looking for a new home

by: Heidi Schmidt Posted: / Updated: MISSION, Kan. - More than 900 days and counting. That's how long a dog has been living in a Kansas City metro shelter, waiting for a forever home. This was Pancake three years ago. She weighed just 48 pounds and suffered from blunt force trauma.

THUNDERSTORMS IN THE FORECAST AS WELL ERRATA AT FIRST LIGHT, THE SKY IS GETTING BRIGHTER, WE HAVE MOSTLY CLOUDY SKIES RIGHT NOW YOU WOULD OUR TEMPERATURES -- RIGHT NOW. THE NINE DEGREES RIGHT NOW WITH A SOUTH WIND AT NINE MILES AN HOUR, HUMIDITY IS KIND OF HIGH AT 75% RIGHT NOW.

Olivia Rodrigo - good 4 u is the song of the day and this is the OPEN THREAD for right now.