Kansas City Rally For Palestine On The Plaza Part Deux 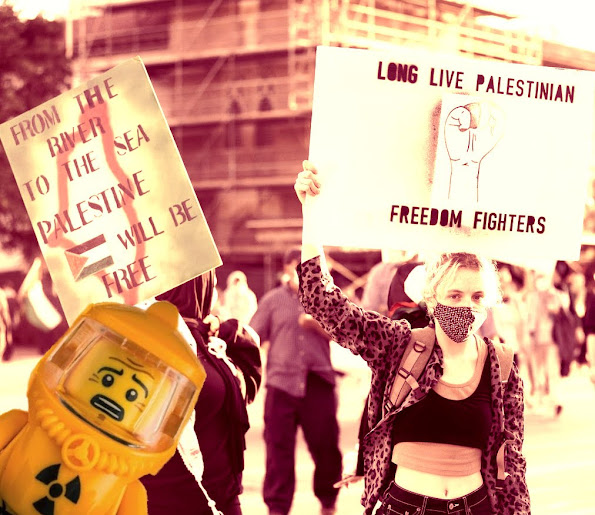 We're making a parody of that photo seen on the Kansas City Country Club Plaza because it's actually rather important.

The slogan is a tacit call for the extermination of the Jewish people and that's part of the reason why most local media are ignoring weekend pro-Palestine rallies.

“From the River to the Sea”

However, the newspaper was quick to hype tonight's mach that has garnered support among some progressive activists . . .

For second weekend in a row, Kansas City protesters rally for Palestine at Plaza

For the second Saturday in a row, a few hundred people gathered in Mill Creek Park to stand in solidarity with the Palestinian people and call for liberation, the day after a cease-fire went into effect between Israel and Hamas.