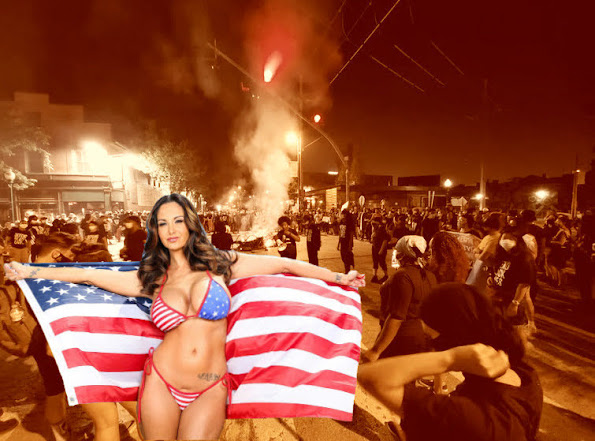 About a year ago hapless Kansas City protesters burned a tiny stagecoach in the middle of Westport and vandalized an old school Irish bar because they didn't understand the history of local immigration and/or the working-class golden rule of this cowtown . . .

Don't bother people when they're drinking.

This is an important social code given that recent research tells us that even a drop of booze causes brain damage . . . So just imagine the mental state of Midtown denizens having one of their regular weekend drunks.

The Westport temper tantrum was one of many low points of 2020 protest and inspired most people to stop taking the local struggle for "social justice" seriously.

Philip Irwin is angry at police. The 68-year-old attended a protest in Westport on July 25, 2020, two months after George Floyd was killed by Minneapolis police. Nearly a year later, his outrage hasn't subsided. "I think I've gotten more angry, less tolerant," Irwin says. "I go almost everywhere, I carry my camera, my GoPro.