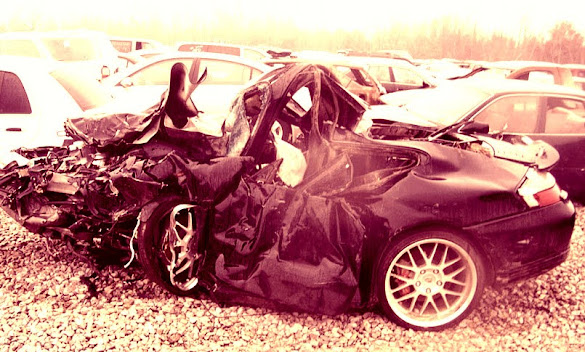 The driver of a gold Porsche was traveling eastbound on 40 Highway at a high rate of speed when he drove into oncoming lanes to pass slower traffic, according to police.

Police said the driver of a silver Toyota was westbound in the right lane when the Porsche struck the Toyota head-on.

The driver and passenger of the Porsche were taken to a local hospital with life-threatening injuries. The driver later died and is reported to be a 31-year-old man from Kansas City, Missouri.

KCTV5: Traffic crashes up by more than 12% compared to last year, KCPD says

INDEPENDENCE, Mo. - Two people are dead and multiple others have serious injuries after a head-on crash Tuesday afternoon near Independence. Police said the crash happened just before 4 p.m. on U.S. 40 Highway near Denton Road.