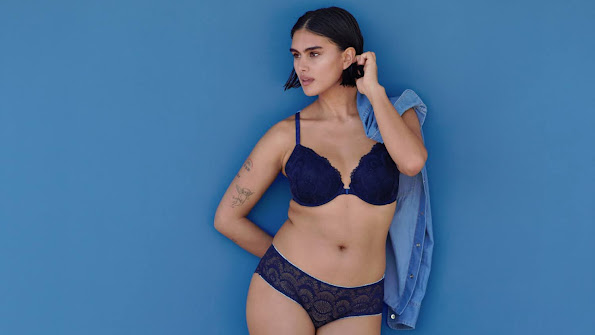 Another nice thing about the design switch is that we're free to share more content within posts. Accordingly, right now we contemplate a hottie branding move along with pop culture, community news and top headlines.

OVERLAND PARK, Kan. - First restaurants now retail. With crowds slowly returning to pre-pandemic levels, dozens of stores at the Oak Park Mall are looking to fill more than 100 positions. From May 19 to 23, businesses at the mall looking for help will have a bright yellow 'Now Hiring' sign indicating they have positions to fill.

Clay County taxpayers have spent $4.9 million on a controversial government annex project very few people wanted, according to the latest county figures released to KMBC 9 Investigates.For that price, taxpayers now own a piece of property with a massive hole in the ground surrounded by a fence.Two former county commissioners, Gene Owen and Luann Ridgeway, supported construction of a 60,000 foot annex building at the corner of Missouri 152 Highway and North Brighton Avenue.


Kansas City Fix Is In

KANSAS CITY, Mo. - Road crews are replacing the expansion joints on bridges that span 71 Highway. A few weeks ago, repairs on the Linwood Avenue bridge were finished, and now the 31st Street bridge will be getting fixed.

Local artists eager to return to in-person festivals this fall

KANSAS CITY, Mo. - Three of Kansas City's biggest art festivals are returning this fall after being canceled due to the coronavirus pandemic. Art Westport, the Plaza Art Fair, and the Brookside Art Annual are all scheduled during the month of September.

by: Juan Cisneros Posted: / Updated: TOPEKA, Kan. - Kansas Representative Brett Parker, D - Overland Park, announced that he is resigning from his position in the 29th district. In a tweet, Parker said, "It is bittersweet to wrap up my time in office but I am excited to explore the next step in my career & create more space for friends & family."

Missouri black bear season 2021: What you need to know

A donation to The Beacon goes beyond the newsroom. We amplify community voices, share resources and investigate systems, not just symptoms. The Beacon in your inbox. In-depth reporting delivered every Tuesday and Thursday morning. The black bear population is bouncing back in Missouri. And with its return comes the state's first-ever black bear hunting season.

Kansas lawmakers want to keep cocktails to go after pandemic

TOPEKA, Kan. - The state that made saloon smasher Carrie Nation famous is moving to allow people to get beer and cocktails to go after the coronavirus pandemic. Kansas lawmakers approved a bill last week to allow to-go beer and alcoholic drinks from clubs, bars and restaurants until 11 p.m., as long as the drinks are in sealed containers and clear bags that discourage tampering.


Kansas Wildlife On The Prowl

Wichita, Kansas, resident Cris Boyle said she couldn't believe her eyes Monday when she got a notification from her home security camera showing a large animal running down the back of her alley."I played it, and I had to look at it and think to myself, 'Is it in my alley?

JEFFERSON CITY, Mo. - Missouri lawmakers pushed back Wednesday against local coronavirus restrictions, passing legislation limiting the duration of public health orders that have shut down businesses and schools and limited how many people can gather. The legislation would limit orders restricting businesses, churches, schools or gatherings to 30 days, unless extended by the local governing body.

Can video games like "Call of Duty: World War II" and "Battlefield 1942" be shaping the way young people view history? Andrew Denning thinks so. Denning, an associate professor of history at the University of Kansas who teaches a popular course on Nazi Germany, says he's noticed over the past several years that many of his students became interested in history not from books or movies, but from XBox and PlayStation.

Missouri Attorney General Schmitt testifying to a Missouri House committee. // Photo by Tim Bommel, Missouri House Communications Nearly every state attorney general, including Missouri's Eric Schmitt, signed onto a letter this week demanding Facebook CEO Mark Zuckerberg abandon plans to create an Instagram for kids, arguing that the company has a "record of failing to protect the safety and...

L Brands has officially given up on seeking a buyer for Victoria's Secret and is spinning off the struggling underwear brand to become its own publicly traded company instead.

Crunch time on infrastructure for Biden and congressional leaders

President Joe Biden will host top congressional leaders in each party on Wednesday morning at a pivotal moment for his $4 trillion-plus infrastructure and jobs proposal. The president is hoping he can get Republican support for sending hundreds of billions of dollars into the economy through an infrastructure package.

Domestic violent extremist groups, particularly white supremacists, pose a growing threat to the United States, Attorney General Merrick Garland told a Senate panel on Wednesday. "The threat of lethality is higher than it ever was ... I have not seen a more dangerous threat to democracy than the invasion of the U.S.

Rep. Liz Cheney spoke to her colleagues in the House Republican Conference on Wednesday morning shortly before she was ousted as the conference chair by a voice vote. Fox News obtained her comments from a source who was in the room.

House Republican Leader McCarthy: No one 'questioning the legitimacy' of 2020 election

Hours after Rep. Liz Cheney was ousted from her Republican leadership position for rebuking former President Donald Trump's ongoing claim that the election was "stolen" from him, House Minority Leader Kevin McCarthy told reporters, "I don't think anybody is questioning the legitimacy of the presidential election."

'It's Against All Of Us': Israel-Hamas Violence, As Seen From The Ground

LOD, Israel - Intense exchanges of rocket fire and airstrikes have turned life upside down for people in Gaza and Israel, and the conflict has no end in sight. In many instances, the violence has killed indiscriminately.


Local Nurse Goes With The Flow

When Traci Lynn Martin isn't caring for others in her role as a long-term care nurse at Truman Medical Centers University Health, she's trying to inspire them. Her latest feat will be kayaking an estimated 2,350 miles along the length of the Mississippi River.

Metro Lutheran Ministry's new Eileen's Place is almost set to open in Kansas City, Kansas."We went from thinking about a 10-plex to now having a whole campus," said Scott Cooper, executive director.Work crews are finishing up a project that was started in 2014 to help a housing need that's only gotten worse for some struggling families."Working to get them back on their feet again," Cooper said.It's completely new construction.

Aaron Rhodes' underground mentality runs deep. "There are smaller shows out there where sometimes I'm the only one with a camera and the only one writing about it," he said. "I'm covering local artists that don't get covered elsewhere, that aren't getting radio play yet."

WEEK, THIS WEEK, YOU DO NOT HAVE TO WORRY ABOUT IT. NICK: NOT TODAY, TOMORROW, TODAY, SATURDAY, SUNDAY, IF YOU HAVE OUTDOOR PLANS, SOMEBODY MESSAGED ME THAT THEY HAVE A WED -- WEDNESDAY ON SUNDAY, THINK ABOUT BACKUPS. CITYVIEW CAM, A SMOLDERING SUNRISE ON THE WAY BUT THE CLOUDS ARE MOVING OUT OF HERE.

Remi Wolf - Hello Hello Hello is the song of the day and this is the OPEN THREAD for right now.