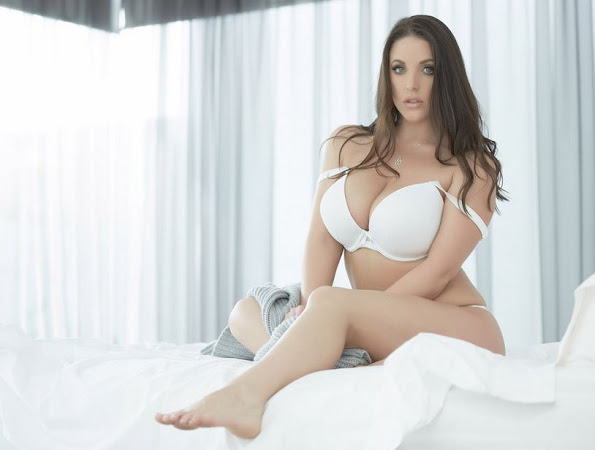 A recent mention of pr0n hottie Angela and "stars" from the industry compared with NBA greats inspires this quick Saturday peek at pop culture, community news and top headlines.

Hok Talk: The Royals relievers aren't as bad as you think

I don't think it would shock anyone to suggest that Scott Barlow is having a good season. Then again, I've spent the entire season hearing about how he always goes through a cold stretch in a way that suggests he's either had one or almost had one already this year.

'Not Mexican enough, not American enough': How a KCK restaurateur found his identity through food, family

When Carlos Mortera's Poio opens Tuesday, the Mexican barbecue restaurant will offer indoor and outdoor seating, as well as a drive thru with affordable, chef-driven food. "One of my big takeaways from working in fine dining is that: fine dining is not available to everyone - but everyone should be eating that well," Mortera said.

On this week's episode of the Northeast Newscast we're diving into the recent history of the Kansas City Museum as it transitions to foundation management and nears the end of a multi-million dollar renovation. Publisher Michael Bushnell caught up with two term city councilwoman Deb Hermann, who was instrumental in the formation of the Kansas City Museum Advisory Board.

The Biden administration on Saturday announced it is granting Temporary Protected Status (TPS) to Haitian nationals who are currently living in the U.S. for 18 months amid ongoing security concerns, poverty and human rights abuses in the country. TPS protects nationals of designated countries living in the U.S.

Covid-19 vaccine boosters may be necessary. Here's what you need to know

As the Covid-19 vaccine rollout continues in the United States, with people ages 12 and older receiving their shots, vaccine makers are now preparing for a next possible phase: booster doses.

CNN has dropped former Republican US senator Rick Santorum as a senior political commentator after racist remarks he made about Native Americans at an event in April. News of Santorum's termination was first reported by HuffPost. A CNN spokesperson confirmed to the Guardian that the network has parted ways with Santorum.

A volcano erupted in the Democratic Republic of Congo on Saturday causing residents of the city Goma to flee their homes. The volcano,Mount Nyiragongo, erupted for the first time in almost 20 years, spewing ash into the sky and releasing lava onto a major highway, according to The Associated Press.

Kendall Jenner's launch party on Friday night was attended by her famous friends and family, including sisters Kim Kardashian, Khloé Kardashian and Kylie Jenner Kim, 40, was particularly supportive of her younger sister, sharing footage on her Instagram Story that showed her going around to the party attendees and asking them to review the tequila.

People will be able to get beer and cocktails to go in Kansas after the coronavirus pandemic thanks to a measure signed into law Wednesday by Gov. Laura Kelly. The new law will allow to-go beer and alcoholic drinks from clubs, bars and restaurants until 11 p.m., as long as the drinks are in sealed containers and clear bags that discourage tampering.

KANSAS CITY, Mo. - The Kansas City Fire Department's Community Medical Response Team delivered doses of the COVID-19 vaccine to people lacking mobility on Friday. Milton Taylor who lives at a facility near 41st and Paseo Avenue, was one of 10 people to receive their first or second dose in the comfort of his own home.

Rain won't go away: Chances of rain continue through next week

Hide Transcript Show Transcript THIS IS FIRST ALERT WEATHER. WE HAVE JUST HAD SO MUCH RN LATELY NEVILLE. I'M SURE YOU'RE A LITTLE TIRED OF TALK OF TALKING ABOUT IT EVERY SINGLE DAY OF THOSE TOTALS ARE ADDING UP. YEAH, THEY ARE ADDING UP AND JUST ERYVE DAY EMILY.