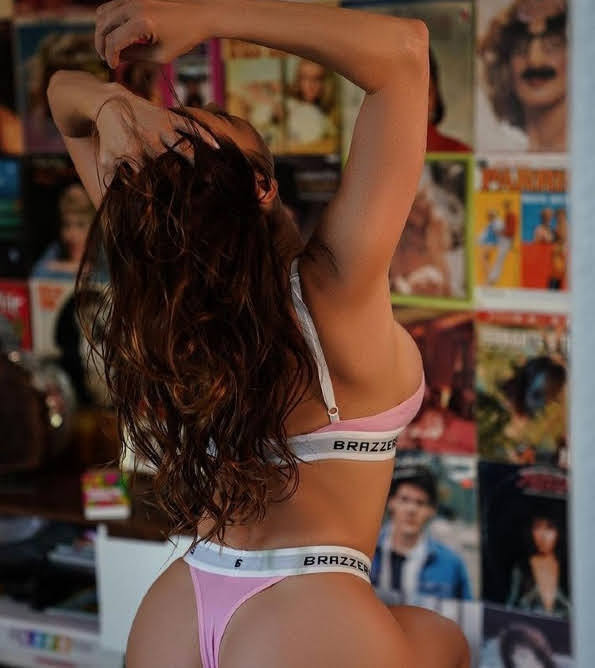 Because we really do like having an early view of the local news scene for our VERY BEST & BRIGHTEST readers . . . Right now we're inspired by hottie Alexis as we keep watching the pr0n game go mainstream and check pop culture, community news and top headlines.

Two nights of The Mavericks, plus Jurassic Quest's Drive Thru at Arrowhead Stadium and Kearney's Strawberry Festival make for a May weekend chock-full of fun. 9 a.m. - 2 p.m. Art for the Animals, a fundraiser for Great Plains ASPCA, is now on display at Buttonwood Art Space, 3013 Main St.

KANSAS CITY, MO (KCTV) -- KCMO has released a formal Request for Proposals to redevelop the Paige Home, which is associated with Satchel Paige -- a legendary pitcher for the Negro Leagues and MLB. The Paige home is located at 2626 E. 28th St., which is in the Santa Fe neighborhood.

In Kansas and Missouri, nearly half a million people just became eligible for the Pfizer COVID-19 vaccine. They're 12- to 15-year-olds.Parents flooded the phone lines at Children's Mercy Hospital when appointments opened up Thursday morning. That's the response doctors were hoping for.Laura Henderson is a mother of two.


The Dotte Takes Vaxx To The Streets

KANSAS CITY, Kan. - Metro health departments are working to make vaccine access easier. This week, Wyandotte County is expanding its mobile vaccine clinics, taking the shots directly into neighborhoods. The health department doesn't want there to be any excuse for you not to get the COVID-19 vaccine.

UCM to end sponsorships of all Kansas City-area charter schools

KANSAS CITY, Mo. - The University of Central Missouri is moving away from sponsoring charter schools, which will affect seven schools in the Kansas City area. The university made the decision public on Thursday, saying it will end the sponsorships by June 30, 2022.

JEFFERSON CITY - As lawmakers continued debate on a controversial gun rights bill Thursday, a top Senate leader said he was among those who were targets of threats because of the measure.

Wichita State's Center for Economic Development and Business Research projects a modest increase in Kansas employment during the second quarter 2021, according to its latest forecast. That job growth is expected to be even higher in the Kansas City region.

ST. LOUIS (KMOV.com) -- Missouri is seeing an increased interest in medical marijuana as dispensaries begin opening in the St. Louis area on an almost weekly basis. The latest data from the state shows 99,225 patients have been approved for medical marijuana cards.

In just about a month and a half, the leader of The Centers for Disease Control and Prevention has dramatically changed her tone on COVID-19 and mask mandates. Today, the CDC announced it has revised its mask guidance again, now enabling those who are fully vaccinated to forgo wearing masks both indoors and outdoors.


Hate In The Holy Land

As the Israeli military and Palestinian militants in Gaza exchange deadly airstrikes and rocket bombardments, rioting and violent clashes have also swept through several Israeli cities between Arab and Jewish citizens.

US House of Representatives Speaker Nancy Pelosi has called for an ethics inquiry into a Republican for a "verbal assault" on another lawmaker. In the halls of Congress, Marjorie Taylor Greene reportedly accused New York's Alexandria Ocasio-Cortez of supporting "terrorist" groups. Ms Ocasio-Cortez later said her antagonist was the kind of person she used to throw out of bars.

The Prince Harry saga has now gone from reality show to Game of Thrones. The renegade duke took his war with his family to a new level Thursday - as he claimed in a new interview that Prince Charles handed down a "cycle" of "genetic pain and suffering" to him, which he and wife Meghan Markle moved to Los Angeles to break.

Photo by April Fleming Upcoming: Poi-O reopens in a brand-new location on May 25 Chef Carlos Mortera has been on a wild ride over the past several months. Like so many restaurant owners, he has faced immense challenges related to COVID.

With a new executive chef in the kitchen, Beer KC is starting a new chapter at Port Fonda in Kansas City

A new ownership team is kicking off a new chapter at Port Fonda. Beer KC partners James Westphal and Mark Kelpe, who own Beer Kitchen, Char Bar and Mickey's Hideaway in Westport, have announced they have acquired ownership of Port Fonda from chef Patrick Ryan and his partner Jamie Davila.

In February Kemper Museum of Contemporary Art announced new trustees, changes to its governing board structure and new status as a public charity. The changes were initiated by the museum's 2017 strategic plan to thoughtfully reflect its diverse community.

Hey, we won! A feature from our July issue just won a national award for magazine design

Photo by Samantha Levi Congratulations are in order to... Well, to us. Specifically, to Kansas City's hardworking and talented design team of Katie Henrichs and Julie Babcock, who won first place in a national magazine awards contest last week. We don't normally like to toot our own horn, but it's a big honor and our team couldn't be happier and more...

A historic business in Platte County is struggling to stay afloat during the pandemic as its current owner works to restore it."We've tried to keep the building as original as we possibly can," said Greg Trial, who bought Farley Mercantile two years ago. More than 140 years of history are tucked within the general store's walls.

KANSAS CITY, Mo. - David Berg lived in the woods for four-and-a-half years before finding a safe haven at L. Minor Care Center. "They understand that a mental disability is a disability," Berg said of City Union Mission's ministry.

KANSAS CITY, MO (KCTV) - Potentially heavy rain this weekend could pour down on several college graduation ceremonies, including UMKC's commencement at Kauffman Stadium. Under sunny skies Thursday, lawn games acted as a small scale year-end celebration for a group of UMKC's academic tutors, but the big celebration is this weekend.

ILLENIUM & Nurko - Sideways (ft. Valerie Broussard) is the song of the day and this is the OPEN THREAD for right now.