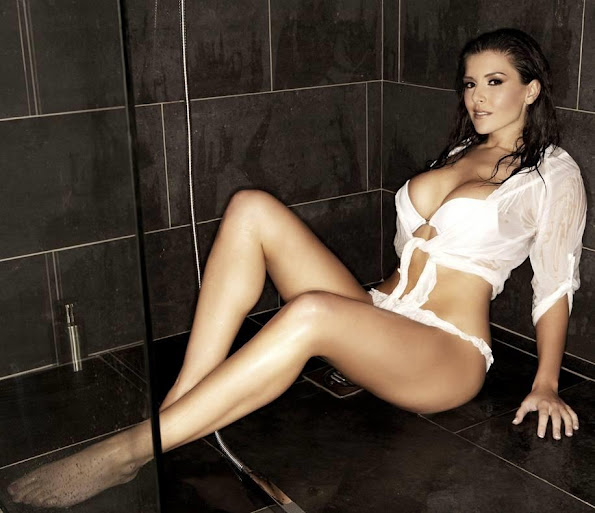 As we start the news day we're inspired by an old school vision from a defunct magazine featuring hottie Imogen which inspires us to keep posting pop culture, community news and top headlines.

OVERLAND PARK, Kan. - A van equipped with WiFi, a solar panel plus a backup generator, medical refrigerator, storage for personal protective equipment and more, is now on the move around Kansas City, Missouri, to help vaccinate the public.

We're Hiring: KCKPS has jobs, path to working in classroom

KANSAS CITY, Kan. - Kansas City, Kansas, Public Schools has dozens of jobs open right now. If you have wanted a career in the classroom working with children but educational requirements have held you back, the district may have jobs and a path to the classroom for you.

She is known to put on a dazzling display. And Imogen Thomas, 38, delivered again as she stepped out in London looking glamorous in a bright yellow dress. The Big Brother beauty put on a leggy display as she walked along the street on her way to a birthday lunch in London on Tuesday.

Will rule of law succeed where Congress failed and hold Trump accountable?

Standing in court, the former president pleaded not guilty to charges of financial crimes that he insists are part of a politically motivated witch hunt. Jacob Zuma, once the populist leader of South Africa, cut a humbled figure on Wednesday - and offered a potential glimpse of America's future.

CNN anchor Chris Cuomo falsely told his viewers on Wednesday night that the US government had never taken the theory that the coronavirus originated from a Wuhan lab leak in China seriously. Cuomo suggested that the leak theory is a "newer notion" than the previous theory that the virus jumped from animal to human after the Wall Street Journal reported that U.S.

How Marjorie Taylor Greene could be expelled from Congress

A petition calling for Rep. Marjorie Taylor Greene to be expelled from the House has now collected more than 100,000 signatures following her comments comparing COVID-19 safety measures to the Holocaust. Greene, a Republican who represents Georgia's 14th congressional district, has been rebuked by some party colleagues, including House Minority Leader Kevin McCarthy.

After six months of aggressive Republican efforts to restrict voting access, Democrats are facing new questions about how they will actually pass voting rights reforms through Congress.

Jennifer Lopez and Ben Affleck 'Will Travel' to 'Make Things Work': 'They Don't Want to Hide'

MISSION, Kan. - The city of Mission, Kansas, dedicated a tree Monday afternoon to honor the Kansas City metro's longest-living military Pearl Harbor survivor. Dorwin Lamkin served in the U.S. Navy and was stationed on the USS Nevada when the Japanese attacked Pearl Harbor on Dec. 7, 1941.

The Hump! Podcast Ep. 40: The Best of Beer, Worst of Beer | HeSaysSheSaysKC

Podcast: Play in new window | Download Welcome to The Hump! Podcast ... In episode 40 of The Hump! Podcast: Drink KC ... The fellas are back again with guest Alana Gwinner, proprietor of Eleven Three KC. They chat about favorite beer cities in the US, favorite KC beer and the bad behavior in the craft beer community lately.