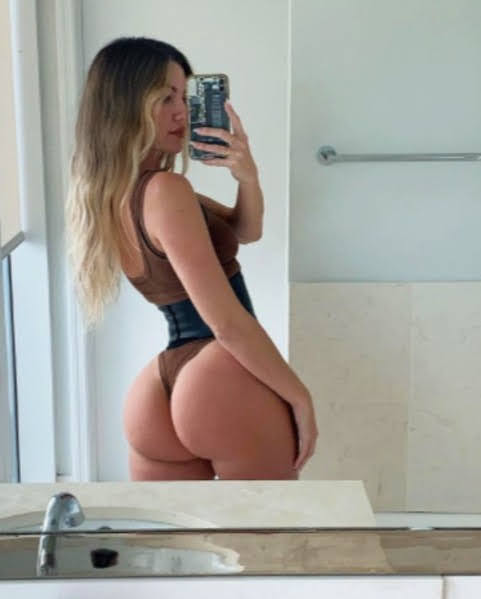 For the closest and most KICK-ASS followers of the blog we’re inspired by the EPIC curves of Casi and her self-love-promo. And so we share pop culture, community news and top headlines.

KANSAS CITY, Mo. - Michael Donegan, owner of Kansas City's famous Stroud's restaurant, has died at the age of 72. Donegan's cousin Connor Duncan posted on Facebook Monday morning that he passed away Sunday. "If I could sum him up in one word, it's 'giving,'" Duncan said.

FRIENDS IN INDIA. THE CASE NUMBERS ARE STAGGERING 3500 NEW DEATHS 400,000 MORE PEOPLE INFECTED AND THAT WAS JUST ON SATURDAY. SO I'M ACTUALLY WHAT IT FOR OUR FAMILIES BACK IN INDIA WHEN CAT MANDA CHAIRS THE INDIA ASSOCIATION OF KANSAS CITY. MY PARENTS ARE THERE.

Casi Davis gave her 1.3 million Instagram followers quite a treat on Monday, December 7, when she took to the social media app to post a couple of smoldering snapshots. In them, the fitness celebrity rocked a skimpy swimsuit that bared her amazing physique, making her toned booty the star of the show.

Wealthy families could face combined tax rates of as much as 61% on inherited wealth under President Joe Biden's tax plan, according to a recent analysis and tax accountants. As part of his American Families Plan, Biden is proposing to nearly double the top tax rate on capital gains and eliminate a tax benefit on appreciated assets known as the "step-up in basis."

"The 2020 presidential election was not stolen," Cheney wrote. "Anyone who claims it was is spreading THE BIG LIE, turning their back on the rule of law, and poisoning our democratic system." Cheney was the highest-ranking Republican to join Democrats in voting to impeach Trump last January for the role lawmakers said he played in inciting the Jan.


Ireland For The Irish

How could a vote on the unification of Ireland play out?

Brexit has shown the dangers of failing to plan fully for the consequences of referendums, so what would happen if we were to get one about unifying Ireland? There appears to be no chance of political leaders on both sides in Northern Ireland buying into the kind of pre-designed outcomes a referendum would require.

Bill and Melinda Gates Announce Divorce: 'We No Longer Believe We Can Grow Together as a Couple'

Bill and Melinda Gates wed on Jan. 1, 1994, and share three children Bill and Melinda Gates are divorcing. On Monday, the pair shared a joint statement on Twitter, announcing their separation. "After a great deal of thought and a lot of work on our relationship, we have made the decision to end our marriage.

It was a warm 70 degrees on a late April evening in Kansas City - perfect weather for Dede Palmer and her Girl Bike Gang 's weekly Thursday night bike ride.

Bricklayer at KCI goes viral for an encouraging TikTok post

The only female bricklayer working on the new KCI Airport construction project has gone viral for a TikTok video she made encouraging a 6-year-old who was upset about having to wear glasses. She uses TikTok to encourage other women to try a skilled trade.

TOUGH LATER ON TONIGHT YOU'RE EVENING FORECAST. HAS THOSE NORTH WINDS AT ABOUT 10 MILES AN HOUR FROM SEVEN O'CLOCK ON OUR TEMPERATURES GO FROM MIDDLE 60S DOWN TO LOWER 60S. THE CLOUDS DON'T TOTALLY SHAKE AWAY AND EVEN OVERNIGHT INTO THE FIRST PORTION OF YOUR TUESDAY ABOUT 10.