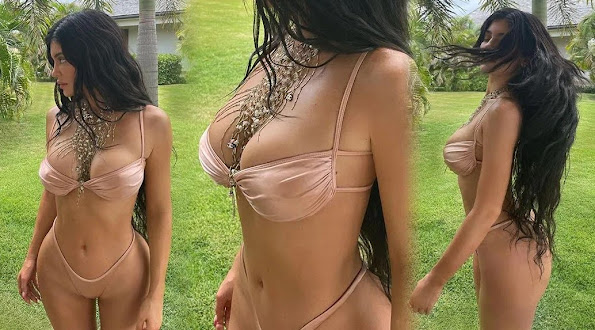 KANSAS CITY, MO (KCTV) -- Habitat for Humanity Kansas City will break ground on its new headquarters in the heart of its metro-wide service area. It says its trying to reach its goal of serving 5,000 families by 2025. In order to grow, its renovating the current facility - adding an additional 10,941 square feet of program delivery and community space.

KCKPS to continue requiring masks for class, activities through July

As other districts in the area consider stripping mask mandates for the last few weeks of class, the Kansas City, Kansas School District is doubling down with its current guidelines.The district said in a tweet Monday that for the remainder of the academic school year, KCKPS will continue the use of masks for both indoor and outdoor settings.

KANSAS CITY, Mo. - Ten people are temporarily out of a home after a lightning strike set fire to their roof this weekend. Just before 7 a.m. on May, lightning struck a fourplex along Chestnut Avenue. The bolt of electricity started a fire that burned the roof off the dwelling.

All hail King G, a stylish new East Crossroads bar and delicatessen coming soon from Kansas City brewer and bar owner Eric Flanagan. Located on the corner of 18th and Locust, right on Art Alley, King G will feature two concepts in one: a bar and a deli.

Israel and Gaza's ruling Hamas militant group faced mounting international calls for a ceasefire in hostilities that entered their second week on Monday with no end in sight. World concern deepened with an Israeli air strike in Gaza that destroyed several homes on Sunday and which Palestinian health officials said killed 42 people, including 10 children, and persistent rocket attacks on Israeli towns.

The US Supreme Court will take up a big abortion case challenging Roe vs Wade, a move that stands to reignite long-simmering tensions over abortion rights in America. The court said on Monday it would review whether prohibitions on abortions early in the pregnancy are unconstitutional, in a case involving a Mississippi state law that bans abortions after 15 weeks.

Bill Gates 'Developed a Reputation for Questionable Conduct,' Made Advances on Colleagues: Report

A spokesperson for Bill Gates tells PEOPLE in a statement that "the claim of mistreatment of employees" is false The lengthy Times report, which was published on Sunday, alleged that the Microsoft cofounder, 65, was known for exhibiting "questionable conduct in work-related settings," and "on at least a few occasions" made attempts to pursue women who worked for him both at Microsoft and at the Bill and Melinda Gates Foundation, which he founded with his estranged wife in 2000.

As soon as the first rocket barrages were fired from Gaza last week, Israelis looked to Gal Gadot, the most popular international star from Israel, to speak out.

Can we all agree not to overreact to one month of baseball again?

No matter how the rest of 2021 turns out, we've probably already witnessed the core event of the season. The Kansas City Royals stormed out of the gate and, at the end of April, stood at 15-9 with the best record in the American League.

KANSAS CITY, Mo. - Animal and art lovers are coming together to support a good cause in Kansas City's Midtown area. "Art for the Animals" is showcasing pieces featuring animals of all shapes, sizes and breeds.

Hide Transcript Show Transcript OR IS IT ABOUT BEING AGILE ON HIS FEET? CODY: COULD BE BOTH. KATI SKIES ARE OVERCAST. WE ARE GETTING ABLE IN THE -- A LULL IN THE RAIN. THE WINDS ARE LIGHT FROM THE NORTH EA AT FIVE. YOU CAN SEE HO THAT RAIN LIFTS NORTH.