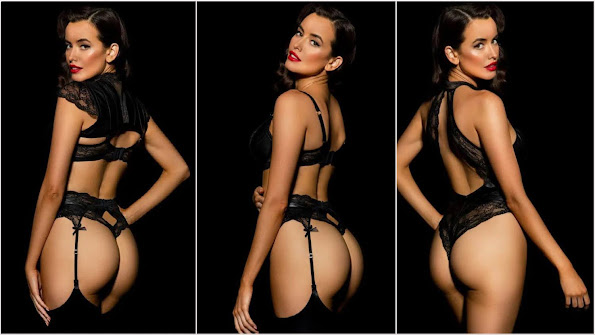 Right now, to start the return to the weekly grind, we focus on the hottie styling of a former angel as she clings to the panty game and we take a peek at pop culture, community and top headlines.

Well, three years have come and gone faster than I could have imagined at the wonderful UMKC.


Redemption In The Dotte

KANSAS CITY, Kan. - Work is almost complete at a Kansas City, Kansas, apartment complex that will provide housing to some of the metro's neediest families. In total, 60 units will be available for families currently, or at-risk of, experiencing homelessness. The apartment complex, named Eileen's Place, is made possible through a private donor and the Metro Lutheran Ministry.

RAYTOWN, MO (KCTV) -- Some people sleep better when it's raining at night, but for many families in one Raytown apartment complex, that was not the case this weekend. "I'm worried about tonight. The next few days. It's just going to be raining here like it is outside," Neshelle Robinson said.

She walked the runway for Victoria's Secret in 2008. And more than a decade later, Sarah Stephens is looking better than ever as she fronts a racy new campaign for Honey Birdette. Posing seductively on a motorcycle, the 28-year-old put on a sultry display while modelling various items of lingerie.

Eric Clapton detailed his "disastrous" health experience after receiving the Covid-19 vaccine and blamed "the propaganda" for overstating the safety of the vaccine in a letter the guitarist shared with an architect/anti-lockdown activist.

"The guy does not eat well": Franklin Graham worries Trump too old to run in 2024

The Rev. Franklin Graham says a potential 2024 presidential bid by Donald Trump would "be a very tough thing to do," the prominent Christian leader told "Axios on HBO."Why it matters: Graham, the president of the Billy Graham Evangelistic Association and Samaritan's Purse, was among Trump's earliest and most prominent evangelical defenders.Get market news worthy of your time with Axios Markets.

UFOs regularly spotted in restricted U.S. airspace, report on the phenomena due next month

We have tackled many strange stories on 60 Minutes, but perhaps none like this. It's the story of the U.S. government's grudging acknowledgment of unidentified aerial phenomena- UAP-more commonly known as UFOs. After decades of public denial the Pentagon now admits there's something out there, and the U.S.

Katy Perry's latest video features an electric rat. The pop star released her new video for the single "Electric," which is a surprisingly charming coming-of-age story about growing up with Pikachu as a best friend. It features a young Perry and her Pichu struggling early on in her career, while the current version of the star and Pikachu watch on, A Christmas Carol-style.


Healing On The Back End

In late summer 2017, Laura Perez made two trips to the Children's Mercy emergency department with abdominal pain. When Perez's pain grew worse, she was admitted to the hospital for extensive tests. At just 18, she was diagnosed with colon cancer and referred to The University of Kansas Cancer Center.

Chad Ochocinco wagers his personal hygiene on Patrick Mahomes winning MVP. Chad "Ochocinco" hasn't been in the NFL for quite some time but that hasn't stopped him from making bold predictions in the sport ... after all, he'd know.

Katy Perry - Electric is the song of the day and this is the OPEN THREAD for right now.