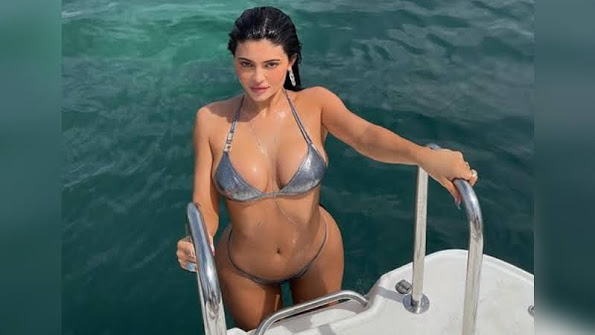 After a year of pandemic-related shortfalls, some Kansas City buildings have fallen into disrepair. Historic Kansas City's annual list of the most endangered buildings includes some new properties hit hard during the past year, as well as many buildings that long have been in need of rehabilitation.

A Northland couple is suing the Kansas City Police Department in federal court, alleging an officer fatally shot their dog and caused a minor injury to one of its owners with a ricocheting bullet. The lawsuit, filed last week by Brandee Buschmann and William Morrison, claims Officer John Beck "executed a defenseless and fleeing animal" without just cause.

Kylie Jenner has opened up about being a mother. On Tuesday, Tmrw Magazine released its interview with the 23-year-old reality star, who tackled topics including growing up in the spotlight and life during the pandemic - which, she admitted, finally gave her time to stand still and spend time with her daughter Stormi Webster, shared with rapper Travis Scott.

Israel is continuing its bombardment of Gaza as Israeli-Palestinian violence enters its second week and militants in the blockaded Gaza strip carry on their rocket fire. Hostilities have spilled out into Jerusalem, the West Bank and Israel, as Palestinian protesters striking in solidarity with Gazans clash with Israeli police, some of the protesters throwing rocks while police respond with tear gas.

WASHINGTON - President Donald Trump on Wednesday tore into New York prosecutors, including New York Attorney General Letitia James, after her office said that it is pursuing a criminal investigation into the Trump Organization.


Iran Away From Blame

EXCLUSIVE: Former President George W. Bush told Fox News on Wednesday that Iran is "dangerous" for stability in the Middle East and the world, while warning that a two-state solution amid the Israeli-Palestinian conflict will be "very difficult at this stage."

Rolling coverage of the latest economic and financial news


Perspective On The Other Pandemic

Billy Porter Breaks a 14-Year Silence: "This Is What HIV-Positive Looks Like Now"

For the first time since being diagnosed more than a decade ago, the 'Pose' star opens up about the shame that compelled him to hide his condition from his castmates, collaborators and even his mother, and the responsibility that now has him speaking out: "The truth is the healing."

by: Heidi Schmidt Posted: / Updated: OVERLAND PARK, Kan. - Someone living in Overland Park caught officers off guard. The person snapped pictures as officers working this week, but they weren't on patrol. They traded in police gear for lawnmowers and helped an older homeowner with yard work.

Dish & Drink KC: A new bar and restaurant opens in the Crossroads this Friday, a welcome reopening in Waldo, plus events for your weekend

Photo courtesy of Society Opening Friday: Society in the Crossroads In the former home of the Jacobson (2040 Central Street), a new restaurant and a bar-within-a-restaurant open this Friday. Society dubs itself an "art-forward" concept (read: full of very colorful artwork) that serves a menu that resurrects dishes from the now-closed Jacobson as well as the Plaza's Parkway Social Kitchen....