As always, our blog community wants to offer more political context to an ongoing funding debate and here's a fact of life that deserves consideration.

KANSAS CITY PO-PO AND THEIR UNION ENDORSED MAYOR Q'S RISE TO POWER!!! THEY PLAYED A HUGE PART IN HIS VICTORY!!!

Special thanks to a KICK-ASS social media friend for sending this not-so-long ago message that serves to offer context tonight . . . 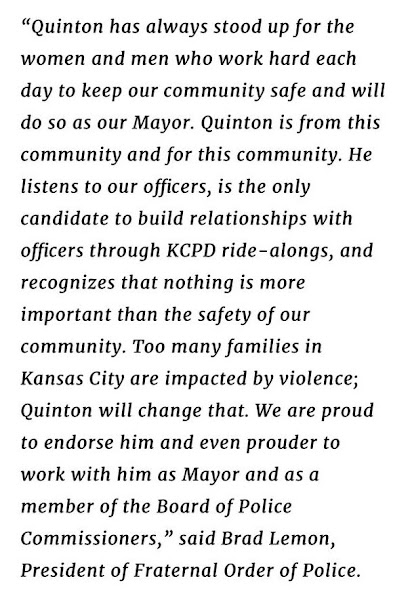 What a difference a year makes?!?!

Now the Kansas City police board is ready to take Mayor Q to court, the mayor has aligned himself with anti-police activists and seemingly attempts to divide this cowtown along north vs. south lines.

However, during a Winter freeze, he also spent about a million bucks on turning the convention center in to a winter homeless shelter without asking for any public comment. 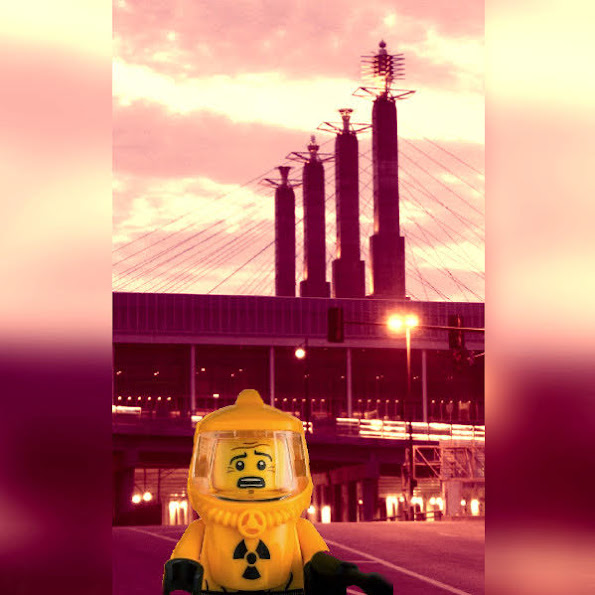 Mayor Q is directing MILLIONS MORE to build a homeless tiny village without much conversation with neighborhood stakeholders. 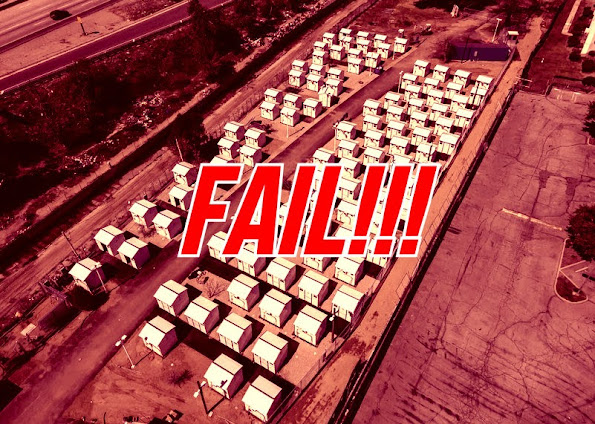 We appreciate Mayor Q's comments regarding "trusting voters" and encouraging accountability despite his recent efforts to exclude Northland political reps  or ANY PUBLIC COMMENT from his recent, controversial decisions.