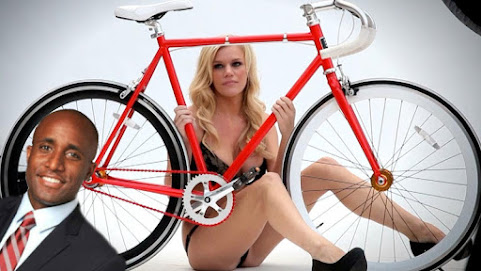 Score another victory today for Bike/Walk KC who dominate city hall discussion and give credence to perceptions that traffic is racist.

Mayor Q recently sponsored an item from their agenda that joins social justice activists pushing back against police.

Code 70-268 requires wheels and tires to be clean, 70-706 allows the inspection of bicycles relating to traffic and vehicles, and 70-783 relates to "jaywalking."

According to authors of the proposed bill, the three existing city codes don't make people safer and expose citizens to unnecessary interactions with law enforcement. Bicycle and pedestrian advocacy organization, BikeWalkKC supports the bill and said it will help decriminalize biking and walking in the city.

Another observation during discussion from a lesser blog . . .

To be fair, I didn't know people still got tickets for jaywalking.

Nevertheless, as the chip crisis shuts down auto manufactures and people are clamoring to buy used cars. 12th & Oak protects alternative modes of transit along with activist pet causes.