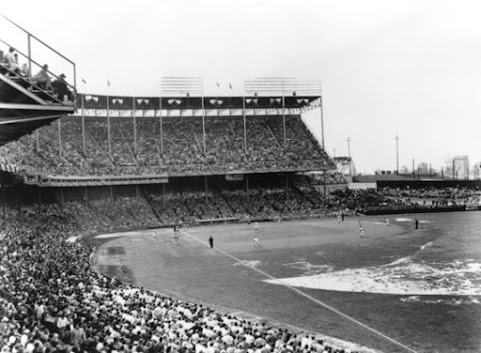 Rampant corruption in every aspect of civic life is an integral part of Kansas City's history and tradition. Corruption is the defining characteristic of cowtown culture. And so, an upcoming red wave offers a glimpse at the gamesmanship already in play with a bit of a local connection.

The Kansas City Athletics were a terrible baseball club in the 1950s and 1960s. But Charlie O. Finley owned the A’s and was one of the most innovative marketers in baseball history.

So, in 1964, Finley knocked down the right field grandstand at Kansas City Municipal Stadium, curved the fence to a mere 296 feet from home plate and installed temporary bleachers on what had been the warning track. Finley declared the new configuration the "Pennant Porch."

The gimmick didn’t help much. The Athletics were an abysmal 57-105 and finished last in the American League. Finley moved the team to Oakland a few years later.

In baseball, games are won on the field. But in politics – unlike Finley’s Pennant Porch – how they set up the field of play sometimes determines the winner.

Such may be the case as it pertains to the reapportionment of House seats after the 2020 Census. And how individual states redraw the lines of congressional districts.

The partisan political game is all just a rigged distraction for people with low IQs and very little impulse control.

For the most part, the two sides of the same coin stay winning no matter who is in power. The best the plebs can do is enjoy the show and try not to get carried away with the horrific emotional manipulation used by the ruling class in order to garner even more control.

And all of THAT might explain why faith in democracy seems to be in decline amongst both conservatives and progressives.

The speculative and stubborn rise of cryptocurrency reveals that investors with BILLIONS of dollars have greater confidence in tech they don't really understand than trust in the forces that power the rampant printing of free money and hope to control the inflationary surge already underway.

On the bright side, those of us on the low end probably won't notice a change in the constant humiliations of everyday American life no matter who holds power.