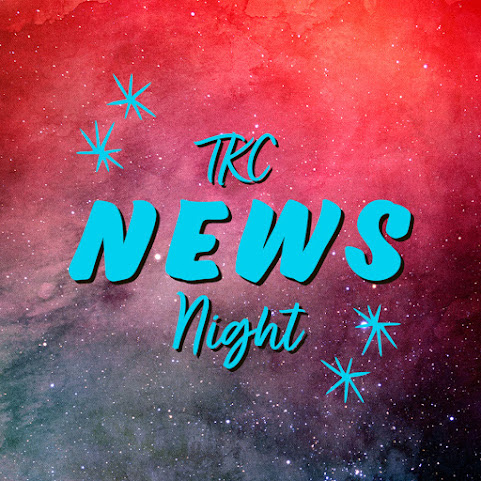 Just a few quick news items for close readers and the most dedicated denizens of the discourse . . .

KANSAS CITY, Mo. - Big Slick KC is back again in 2021 with a new type of fundraiser to support Children's Mercy Hospital. Big Slick KC is usually a weekend full of events that benefit the hospital, especially focusing on eradicating childhood cancer and pediatric medicine.

Matt Sayles SOURCE: Matt Sayles Justin Bieber is bringing his rescheduled Justice World Tour to Kansas City's T-Mobile Center next May.The tour was supposed to kick off this summer but because of varying state COVID-19 restrictions, the tour has been moved to 2022.

Johnson County: More than 30% of residents fully vaccinated against COVID-19

KANSAS CITY, Mo. - More than 30% of Johnson County residents are fully vaccinated, according to a new COVID-19 vaccine database. The Johnson County Department of Health and Environment on Wednesday announced that its COVID-19 dashboard now provides vaccination data, including the number of eligible residents to receive a shot, as well as breakdowns by geographic and demographic information.

Salma Hayek is getting called "crazy" as a tattooed tank top selfie crouch stuns her 17.8 million Instagram followers. The Hollywood superstar, 54, has been ramping up the promo for her various 2021 releases on social media, with this year proving mighty busy for the Mexican as she features in MCU movie The Eternals, Amazon Prime Video flick Bliss, and The Hitman's Wife's Bodyguard.

Shares of Covid vaccine makers seesawed Thursday after the Biden administration said it would back a motion before the World Trade Organization to waive patent protections of the mRNA technology used to make the shots. Pfizer fell Thursday by as much as 5% from Wednesday's close while Moderna dipped by almost 12% before both stocks recovered most of those losses.

Pollster Frank Luntz: 'I would bet on' Trump being 2024 GOP nominee

Veteran GOP pollster Frank Luntz says that former "could never win" the 2024 general election, but that he "would bet on" Trump to be the GOP nominee. "If Donald Trump runs for president as a Republican, he's the odds-on favorite to win the nomination," Luntz said during an appearance on The New York Times podcast "Sway" released Thursday.

Carbon pollution from China's bustling, coal-intensive economy last year outstripped the carbon pollution of the US, the EU, and other developed nations combined, making up a whopping 27 percent of all greenhouse gas emissions worldwide. As China's economy has grown in the last 30 years, so too have its emissions.

A $37 million property once home to Britney Spears is saying "Hit me baby one more time" - this time, to the Kardashian family. Just before Christmas, Khloé Kardashian and Kris Jenner purchased neighboring lots for custom homes in Hidden Hills, the upscale LA enclave where they and their famous friends have settled in recent years.

KANSAS CITY, Mo. - India set new records once again Thursday, with more than 400,000 new cases of COVID-19 and nearly 4,000 deaths as a second wave hits the country. The crisis is being felt here locally where people of Indian descent have family now trapped in the nation whose healthcare system is crumbling.

After months of recovery, police Officer Tyler Moss is back at work and was the guest of honor at a lunch Thursday afternoon."Just thankful for everyone that saved my life," Moss said.Moss said that he has a lot of people to thank."The sergeant that drove me to the hospital, the surgeons, the doctors at Truman," he said.Moss was shot in the head while responding to a disturbance call July 2 near 31st Street and Van Brunt Boulevard.

Designing and creating jewelry was not always something Joanne Parks imagined doing as a business, but through a series of events her unique jewelry business bloomed. Joanne Parks is the owner of BOLO Boutique and specializes in handcrafted jewelry pieces made from spent bullets.