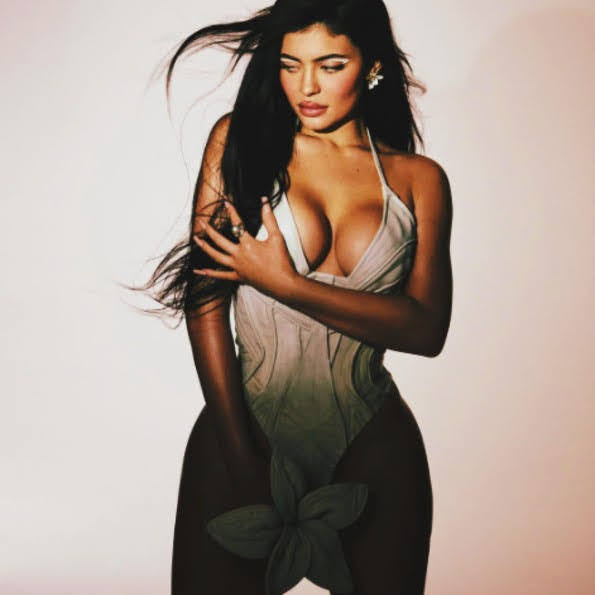 Inspired by the fashion goodness and constant promo of hottie Kylie we take a peek at pop culture, community news and top headlines for the late night and in service of our most loyal readers.

KANSAS CITY, MO (KCTV) -- A house with a backyard coop found out the true meaning of the phrase, "Madder than a wet hen." Lucky Perez has been raising chickens for a few years in her KC home, selling the eggs to neighbors through her side business, Hoops and Hooves Farm.


On The Good Foot

Report: Patrick Mahomes 'ahead of schedule' on rehabilitation after turf toe surgery

Good news Chiefs Kingdom!According to a report from NFL Network national correspondent James Palmer, Kansas City Chiefs quarterback Patrick Mahomes is ahead of schedule with his rehabilitation after surgery to fix an injured turf toe.Palmer, who cited sources in his report, said Mahomes will participate in the Chiefs' organized team activities starting on May 25."The thought right now is he will 'do some stuff' and will then be fully ready to go for training camp," Palmer said in his report.Mahomes suffered a turf toe injury in the AFC divisional game against the Cleveland Browns.

Depression and suicidal thoughts are increasing in Kansas students, according to a recent statewide survey of sixth through 12th graders. Mental health experts talk about the role of the pandemic and the warning signs parents need to know."In 2020, we saw an increase in crisis calls," said Erin Ross, a team leader with Children and Family Services at the Johnson County Mental Health Center.

TMZ Said Kylie And Travis Were In An Open Relationship And Kylie Was Like, "Actually, TMZ, That's Not True"


Prez Biden Out Of Touch With NextGen Progressives

President Biden said that there has been "no shift" in his commitment to Israel and that the Democratic Party still supports the Jewish state, despite heated and sometimes vitriolic criticism of Israel over the past ten days by progressives.

Rep. Matt Gaetz's office has repeatedly skewered the credibility of his former wingman, Joel Greenberg, who pleaded guilty to 6 felony counts. But newly revealed text messages show that Greenberg may have receipts to back up his allegations against Gaetz.

The long-awaited, highly-anticipated "Friends" reunion is suffering from a major case of buzzkill ... at least for fans who don't like James Corden ... or are worried about Matthew Perry 's health. News that "The Late Late Show" host will be hosting the "Friends" special on HBO later this month has many on social media miffed ...

They recovered from Covid, only to die of 'black fungus.' Here's what we know

Many of those infected with black fungus in India are coronavirus patients, or those who have recently recovered from Covid-19, whose immune systems have been weakened by the virus or who have underlying conditions, most notably diabetes.

Prince Harry in Apple Plus show: I used drugs, alcohol to cope with Diana's death

Prince Harry, Duke of Sussex, isn't done sharing his struggles. On Friday, Harry's TV series about mental health, The Me You Can't See, debuted on Apple TV Plus. In it, Harry tells Oprah Winfrey about how he fought to cope with Princess Diana's death in 1997, saying he turned to drugs and alcohol to try and cope.


Masks For Your Amusement

One day before it's scheduled to open on Saturday, Worlds of Fun announced that it has updated its face coverings policy. The amusement park said Friday that when the park opens at 11 a.m. Saturday, face coverings are now optional for fully vaccinated guests.


Kansas City Biz In The Gutter

NORTH KANSAS CITY, Mo. - After decades as the go-to option for bowling, banquets and more in North Kansas City, the AMF Pro Bowl Lanes and the attached Finnigan's Hall closed abruptly this week. City officials tell FOX4 a private entity took ownership of the 10-acre site without providing further details on future plans for the property.

More rain is possible for your Saturday

Cloudy skies will remain in place with very little sunshine over the weekend. The low will drop to the mid-60s. A few predawn showers and thunderstorms are possible. Some of the time they could be a bit heavy but not severe.