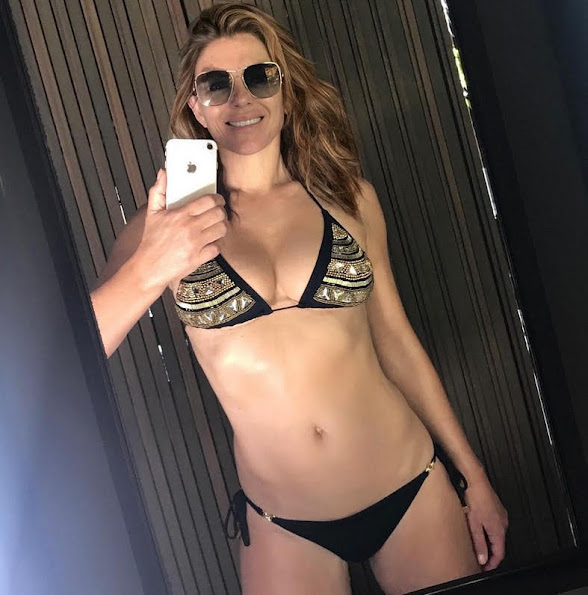 Tonight we're inspired by INCREDIBLE 55-YEAR-OLD HOTTIE LIZ who shares a saucy shot with fans in order to promote her bikini brand for Summer. And THAT inspires tonight's peek at pop culture, community news and top headlines.

KANSAS CITY, MO (KCTV) -- We've shown you video numerous times of large crowds gathered on city streets to watch drivers do donuts and other stunts. After weeks of discussion the city council has now passed an ordinance to crackdown on this behavior.


The Dotte Continues Vaxx Up

KANSAS CITY, Kan. - Wyandotte County Commissioners will meet at 7 p.m. on Thursday night, to decide whether to drop the indoor mask mandate for people who have been vaccinated. The commission was deadlocked at their last meeting, some still hesitant because of the vaccination rates in Wyandotte County.

Clay County rescinds its state of emergency; pushes for residents to get vaccinated

Clay County health officials and the Clay County Commission voted to end the county's state of emergency that was enacted last year because of the COVID-19 pandemic.Officials said Thursday that the decision to rescind the resolution was because of improvements seen in local case data and updated guidance from the

At 55, Elizabeth Hurley's Abs Are Outshining Her Red Bikini In New Video

Elizabeth Hurley, 55, showed off her toned abs and arms in a new bikini Instagram video. The model and actress is all about maintaining a healthy and active lifestyle. She doesn't hit the gym much, but is a fan of found fitness and eating locally grown foods.

Former House Speaker Paul D. Ryan, once a rising star of the Republican Party who lost the battle over the soul of the GOP to Donald Trump, will urge his party Thursday to end its preoccupation with the former president and revive its commitment to conservative values.

Black Lives Matter co-founder Patrisse Cullors is stepping down from her role as executive director of the activist group's central foundation amid questions about her finances. Cullors, 37, told the Associated Press on Thursday that she was leaving the position to focus on other projects, including the release of her second book and a television deal with Warner Bros.

Senate Republicans were poised on Thursday to kill an attempt by Democrats to establish a bipartisan commission to investigate the 6 January attack on the Capitol in which a pro-Trump mob ransacked the building in an attempt to disrupt the formalization of Joe Biden's winning of the presidency.

LONDON - A drug dealer in the English city of Liverpool thought he was the big cheese - until police got all the evidence they needed to arrest him from a picture he shared of himself holding a small block of creamy Stilton.

Jennifer Lopez and Ben Affleck's public comeback romance was in the works before he was spotted in her Escalade last month. Sources told Page Six that the stars planned to announce their reunion in a more tightly controlled way before pics emerged of Affleck riding solo in Lopez's car to allegedly visit her home.


Community Stands Up For Written Word

KANSAS CITY, MO (KCTV5) -- People from the Kansas City community and beyond are trying to keep a local bookstore in business through donations. The building Willa's Books and Vinyl operates out of was sold to a developer. Now, the owner is looking for a new place.

Two of Kansas City's own have received the honor of joining the American Royal Association Barbecue Hall of Fame. // Ollie Gates pictured above, image courtesy of Gates BBQ A new class of barbecue icons including some of Kansas City's own just received the honor of being inducted into the American Royal Association's Barbecue Hall of Fame for their contributions...

Cooler with lingering clouds for your Friday

Hide Transcript Show Transcript THE ONLY STEP FOR THIS EVENING. I TNKHI WE WILL SEE SOME LIGHTER SHOWERS DEVELOPING FARTH TERO THE NORTH AND WEST BUT THIS IS ETH MAIN SHOW IN THE MAIN CONCERN WHICH IS WHY THE STORM PREDICTION CENTER OUT OF NORMAN OKLAHOMAUT P US UNDER THAT SLIGHT RISK MEANING THAT A COUPLE OF THESE THUNDERSTORMS COULD GET TO THAT LEVEL OF PRODUCING GOLF.