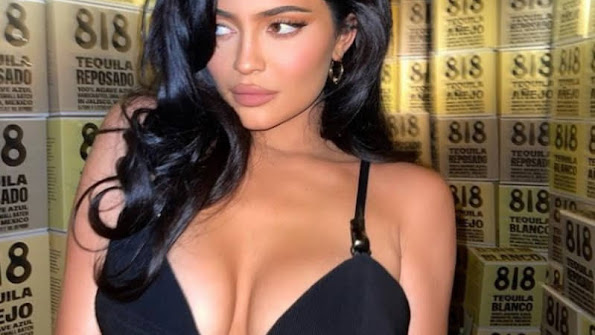 South Side Shuts Down Street

KANSAS CITY, Mo. - It's peaceful on West 133rd Street and Inverness Drive in south Kansas City. There are few cars to interrupt your stroll. There's a reason for the tranquility, which hasn't always existed, and it's one that makes many drivers upset.

TOPEKA, Kan. (KWCH) - The Ohio Department of Health claims the vaccine lottery is already responsible for a bump in vaccination rates, up 28 percent. Dr. Lee Norman, Secretary of the Kansas Department of Health and Environment, said the state is considering something similar to increase its local numbers.


Show-Me Weed In The Park

Marijuana arrests in Missouri state parks dropped nearly 60% last year after changes in enforcement policies prompted by the legalization of medical marijuana.The Department of Natural Resources said 51 people were arrested in 2020 for possession of less than 10 grams of marijuana/synthetics in state parks, a decline from 120 similar arrests in 2019.

She loves flaunting her bombshell figure. But Kylie Jenner seemed to be a bit camera shy as she posed for a sizzling bikini snap on Instagram Thursday. While she was happy to show off her flat stomach and stunning curves donning a gold crocheted swimsuit with a delicate body chain, the makeup mogul hid her face under a bucket hat and captioned the photo: 'Do not disturb.'

WASHINGTON - After weeks of defending his economic policies against critics who blame them for overheating the economy, President Joe Biden went on the offensive Thursday, arguing that rising wages are a sign his agenda is boosting the fortunes of working Americans.

The New York Times reporter who went viral for claiming that the coronavirus lab-leak theory has "racist roots" has deleted her own Twitter account. Apoorva Mandavilli, a science and health reporter who spent much of the past year covering the pandemic, tweeted on Wednesday, "Someday we will stop talking about the lab leak theory and maybe even admit its racist roots.

Republican Georgia Representative Marjorie Taylor Greene has said that she and Republican Florida Representative Matt Gaetz are "taking charge" in a Republican "civil war." "Matt and I have teamed up because we refuse to allow Liz Cheney or Adam Kinzinger or any Trump-hating Republican ... we won't allow the GOP to turn into their party.

The spread of a highly transmissible coronavirus variant first identified in India has forced the Australian city of Melbourne to enter its fourth pandemic lockdown. Australia's second-largest city and the state of Victoria will be under a seven-day lockdown starting Thursday following a new wave of infections, with the federal government declaring Melbourne a hot spot, according to The Associated Press.

Are we heading towards a summer of sex?

On a flight in April, one Twitter user overheard a fellow flyer utter a sentence he's likely never heard before: "Vaxxed and waxed, baby, I'm ready for some action on this trip."

Starlight Theatre and The Nelson-Atkins Museum of Art announced Thursday that "Van Gogh Alive" is coming to Kansas City later this year. For a limited time only - Oct. 23 through Dec.

KANSAS CITY METRO -- A front of strong storms raked over the metro this morning, May 27, led by an ominous-looking shelf cloud. Viewer-submitted photo and video, and a timelapse by FOX4 photojournalist Jon Haiduk, show the approaching system and the moment it hit.

Enjoy a much cooler and far less humid evening under what will be a generally overcast sky. A very complicated array of thunderstorms is expected to continue marching to the southeast through the evening completely clearing our area by sunset except for a few straggling showers or sprinkles.

P!NK - All I Know So Far is the song of the day and this is the OPEN THREAD for right now.