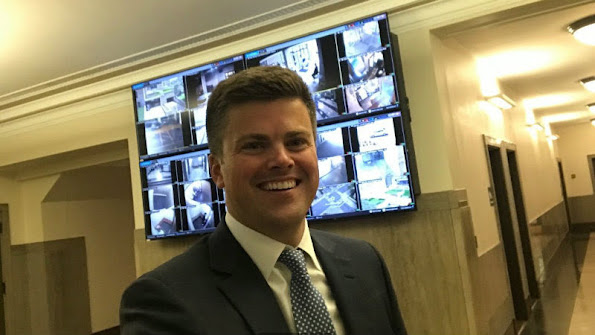 South side coucnilman Kevin McManus has a good enough smile and bland enough personality to go extremely far in politics.

He didn't have any opposition for his at-large council run and hasn't said anything memorable in more than 5 years. He could be President.

South side homeowners and 6th district neighborhood leader are INCENSED with the council dude's vote to snag 42 MILLION BUCKS out of the KCPD budget and vow to remember the anti-police betrayal.

For thoe who have forgotten, the 6th district has suffered a spate of horrific crime over the past few years and residents of this area have been desperate to garner more police interaction . . . By and large, the progressive "defund" politics of Mayor Lucas haven't garnered a great deal of traction from this enclave given the working-class, pro-police socioeconomic status of most South KC voters which overlaps disparate demographic backgrounds.

Translation: This part of town is home to a lot of pissed off, old White & Black voters who don't want to listen to the nuanced explanation betwixt the terms defund vs. reallocate.

In recent conversations with voters and other local leaders, there's a HINT that Councilman McManus is not as committed to "reimagining policing" as his colleagues . . . Or, at the very least, he has convinced many of his constituents of as much.