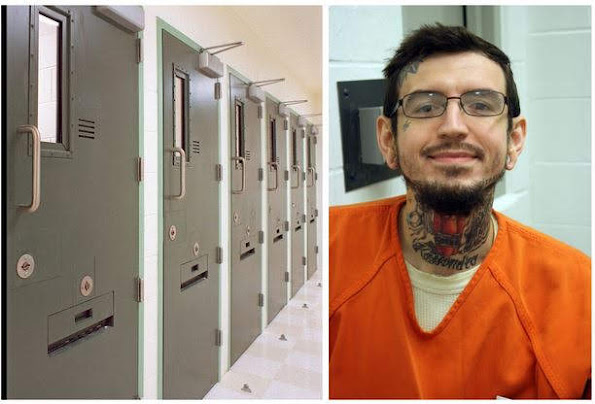 The Intercept is one of our favorite publications but they're omitting an important detail in their latest report with a local connection.

To be fair, nobody was inside the office and his "Molotov cocktail" was a plastic water bottle . . . Nevertheless, threatening a member of Congress has always garnered serious consequences.

What's more important, even if it's not fair and really gut wrenching to read, is that this guy is reportedly getting beaten from both sides in lockup . . .

“Eric King has faced chronic, targeted harassment, as well as severe emotional and physical torture, from BOP officers and known white supremacists working together, for over two years while held in solitary confinement,” Lauren Regan, one of King’s attorneys with the Civil Liberties Defense Center, said in a statement. “We reasonably believe this treatment has been in retaliation for his political views and First Amendment-protected activity.”

The life lesson for the rest of us is to stay upon the straight and narrow and realize that FEDERAL PRISON IS NO JOKE and sounds like a pretty atrocious place that this dude earned because of a haphazard attack that backfired and caused the local activist incalculable suffering.

One morning in early 2018, Eric King was awoken at 5 a.m. and taken out of his solitary confinement cell by prison guards at the federal United States Penitentiary, McCreary, in Kentucky. King didn't know the correctional officers by name, having been recently transferred to the facility for unexplained reasons.