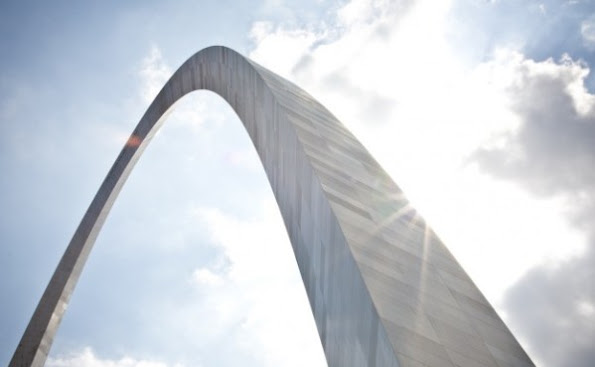 Think about the future.

This isn't a note for the Northland.

We don't fear for the safety of our friends on the nicer side of the bridge. They'll be fine. If things really get thick they can always retreat further into Clay & Platte County.

This is about the urban core.

TKC is a lifelong denizen of Midtown, Westside with some time and quite a few visits to my Grandma's house on Highland . . . One of the toughest blocks in KCMO during the 90s -- A place that was so rough it's now virtually abandoned with rows and rows of empty lots.

All of this prelude is merely to note that TKC loves the Kansas City urban core and hopes to always call it home.

However, without a bit of apprehension and noted to any and everyone . . .

STL is a dump.

There are swaths of land that have been salted by crime, despair, plague . . . Nothing will ever grow there . . .

Kansas City is different. In the urban core there is hope, there are urban farms, there are merchants, businesses and people of every demographic background who want to make an investment in Kansas City.

KCMO overall is a vibrant community with new immigrants and even middle-class white, hipster explorers who are willing to risk their biscuit in order to help improve upstart neighborhoods.

TKC is not so naive to think that those same politics aren't taking hold in KC but this is still a place where every political faction can communicate, talk and reason with one another in order to reach a compromise.

Sadly, political opportunists and partisan slap fighters are pushing Kansas City away from reasonable disagreement and eventual negotiation and accommodation.

This recent debate over KCPD funding and the cynical manner which it's being played out are pushing us closer to the path that STL has taken and a future that's tarnished by divisive politics.

In St. Louis, Mo., the worst-in-country murder rate is at a 50-year high, the police department has nearly 100 unfilled jobs, and the mayor wants to defund the department and shut down a city jail. St.