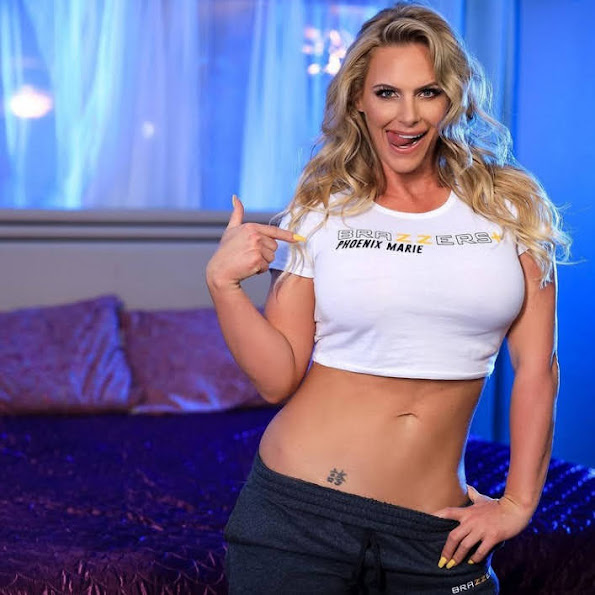 Tonight we notice that hottie Phoenix is a denizen of the discourse yet she remains on top of the pr0n game and one of the premier stars in a top ranking smut brand that's taking their game mainstream. Accordingly, her reign inspires this peek at pop culture, community news and top headlines.

KANSAS CITY, MO (KCTV) --- Police are in a standoff with a barricaded party in the 9800 block of North Cherry Street. The standoff was officially launched around 10 p.m. on Thursday evening. There's no additional information at this time. KCTV5.com is now with you on the go!

With the vaccine readily available in a lot of places, a Kansas City hospital is trying to take it to the place they say is in most need -- the workplace."Just wanted to make sure I was being safe out there," said Savanna Rios, a cook at the Yard House.Rios' job is working with Truman Medical Centers/University Health to make sure Yard House employees get vaccinated."It definitely made it a lot easier, a lot more accessible," Rios said.Like so many other workers, it can be tough to find a time to get the shot.

JOPLIN, MO (KCTV) -- Ten years after an EF5 tornado ripped through what was then St. John Hospital, doctors and nurses working that night still remember what it was like when the storm hit. Ashley Miller, a nurse at the time, was working on the seventh floor of the building.


NextGen Stands Up For Palestine

Israel-Hamas tensions aren't new - but this level of pro-Palestinian support in the U.S. is

As the Israeli-Palestinian conflict intensified in recent weeks before the cease-fire announced Thursday, tens of thousands of people gathered in striking numbers across the country, demanding an end to the occupation of the Palestinian territories - and, in some cases, the dissolution of the Israeli state.

The Trump Justice Department secretly obtained 2017 telephone and email records for a CNN reporter in yet another example of the administration's attempt to use journalists' communications to pursue government leak investigations. CNN disclosed Thursday that Pentagon correspondent Barbara Starr was informed in a May 13 letter that prosecutors had obtained two months of phone and email records between June 1, 2017 and July 31, 2017.

CNN host Chris Cuomo apologized on air Thursday night for advising his older brother Gov. Andrew Cuomo on handling his sexual harassment scandal. Cuomo, who infamously interviewed the governor about New York's COVID-19 response throughout the pandemic, emphasized on his primetime program that he never covered his brother's scandals in Albany.

Biden said that Israel and Hamas and other groups agreed to a "mutual, unconditional" cease-fire agreement after a damaging 11-day conflict. The clash has been the most significant since a 50-day war in 2014, and also ended this time without a clear victor.

When Operation Breakthrough's new Ignition Lab opens in the fall, the former muffler shop on Troost Avenue is expected to offer hands-on, practical training to young people who have aged out of the early education center's MakerCity program.

Prince William and Prince Harry on Thursday blamed the BBC for its role in the tragic death of their mother, Princess Diana, whose life they say was irrevocably damaged by a bombshell interview she gave in 1995 that was obtained through a scheme of forgery and deceit.

KANSAS CITY, Mo. - The family of Gary Taylor, a beloved trainer and gym owner, are feeling some relief following the announcement of charges in his shooting death. Jackson County prosecutors on Thursday charged 29-year-old Jerronn Anderson with first-degree murder and armed criminal action.

Since 1950, more than 300 tornadoes have been reported in the Kansas City metro area, but none of them compare to what happened on the evening of May 20, 1957.It's now known simply in Kansas City as the Ruskin Heights tornado.And 64 years later, it's still utterly astonishing to see the destruction the F5 tornado left on the south Kansas City neighborhood.