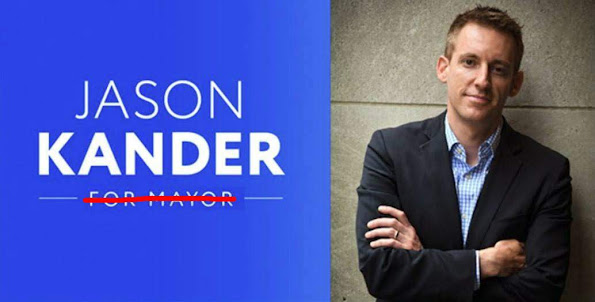 In a somewhat surprising twist, a former Kansas City mayoral candidate now aligns himself with efforts to "reallocate" more than 40-million bucks  from the po-po. 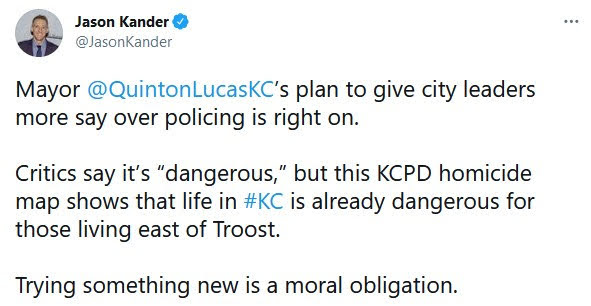 MAYOR Q HAS COMPLETELY LOST SUPPORT AMONG THE WHITE DEMOCRATIC PARTY ESTABLISHMENT AND HE'S DESPERATE TO RECAPTURE THEIR LOVE!!!

As far as Kander's endorsement . . . It doesn't mean much beyond rigged social media chatter BUT it's a sign of growing desperation to rally support by way of a Democratic Party celeb who has national media connections and a bright future as a leader on the national level without the will to slug it out on the local level.