The fight for control of the Jackson County Courthouse is already underway.

A rising star emerges today . . . After an impressive victory in passing Juneteenth legislation this week at city hall, activist Justice Horn will be announcing his candidacy for the Jackson County 1st District.

BEHIND THE SCENES WE HEAR 1ST DISTRICT LEGISLATOR SCOTT BURNETT WANTS HIS SON TO TAKE OVER!!!

His son is actually a really nice guy but nowhere near as likeable as his old man.

Mr. Burnett is an old school Jackson County politico and most people voted for him again and again because they saw him at the grocery store, hardware store or community meeting and he probably said something nice to them. That really was his key to success . . . Like a kindly uncle you never visited but always sent a card for your B-day. 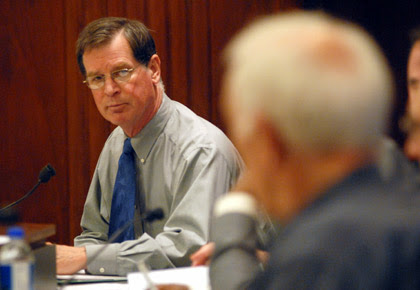 And so . . . The son of "Great Scott" will have a tough time against an ambitious activist for the LGBT community who continually garners social media and MSM attention with a string of legislative wins.

Back to today's announcement . . .

Community activist Justice Horn to hold a brief press conference at the Scout Statue in Penn Valley Park this Friday, May 28th at 1pm. He will make a brief campaign announcement and will be available for questions.