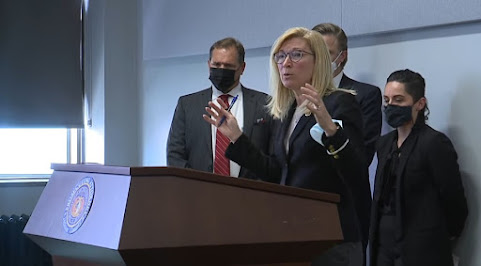 Here's what is likely the most convincing argument . . .

The case against Strickland, the review found, relied greatly on the testimony of a woman who witnessed the murders.

The prosecutor’s office concluded that the witness, now deceased, sincerely wished and attempted to recant her identification of Strickland at trial.

“Keeping him incarcerated now on a jury verdict, where the jury heard none of this convincing exculpatory evidence, serves no conceivably just purpose,” Baker and Chief Deputy Daniel M. Nelson stated in their letter to Strickland’s attorneys.