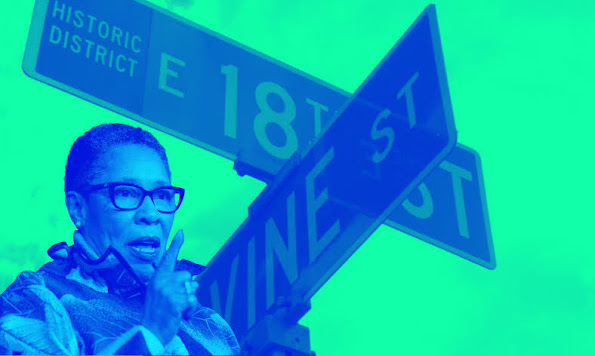 The Kansas City 18th & Vine District has suffered mass shootings and a consistent spate of violence over the past few years.  There's still no clue at local "solutions" . . . HOWEVER, the prospect of more stimmy should make people happy.

Money line delivered near a part of town which has garnered more than 100 MILLION worth of taxpayer assitance since the 90s . . .

“If we thought the way people think who say housing is not infrastructure, we probably would never have sent a man to the moon,” Fudge said. “We would not have the medical breakthroughs we have had. We would not be talking about electric vehicles, if we kept thinking about things the old way.”

In a veiled reference to Republican opponents, HUD Sec Fudge says Democrats will not be deterred by those she calls “haters.”

She says the Biden administration will take care of people in a dignified, respectful way.

Rep. Cleaver currently serves as chair of the U.S. House subcommittee on housing.

Affordable housing was at the forefront of a visit by U.S. Department of Housing and Urban Development Secretary Marcia Fudge to Kansas City on Wednesday. Fudge joined Rep. Emanuel Cleaver (D-MO) and Kansas City Mayor Quinton Lucas at 18th and Vine to discuss the increase in housing funding as part of the proposed "American Jobs Plan."