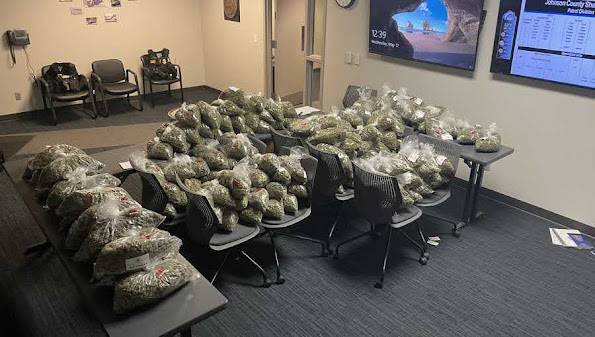 The Golden Ghetto fights the good fight in the losing drug war as legalization looms and marijuana is more widely available than bubble gum.

Tweet quote from the JoCo Sheriff and a sign that not all drug traffickers are working diligently to hide their shipments . . .

*150 pounds* of marijuana was seized by our #JCSO deputies on 1-35 near Sunflower Road. The drugs were being driven from California to Ohio. The driver was initially stopped for a traffic violation, but deputies picked up on the scent coming from the back of the truck.