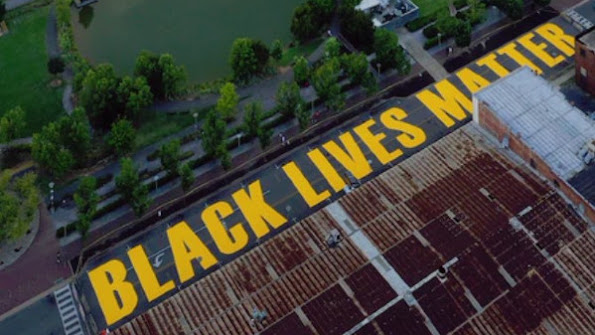 A movement that has garnered millions of dollars worth of donations and global support recently offered a surprising declaration.

"Black Lives Matter stands in solidarity with Palestinians," the group tweeted. "We are a movement committed to ending settler colonialism in all forms and will continue to advocate for Palestinian liberation. ( always have. And always will be ). #freepalestine."

Accordingly and given that quite a influential people in Kansas City strongly support the Jewish state, are leaders in the local philanthropic community and have dedicated their careers to improving this cowtown.

IS IT TIME TO STOP KANSAS CITY SUPPORT FOR BLM MURALS GIVEN THE GROUP'S CONTROVERSIAL OPPOSITION THAT LIKELY OFFENDS MANY DENIZENS OF OUR JEWISH COMMUNITY?!?!

It seems callous and unwise to support one ideological viewpoint over the next and allow the group access to local streets given their recent foray into international conflict.

The leading Black Lives Matter organization declared "solidarity with Palestinians" Monday, a week after Hamas terrorists in Gaza began firing a relentless barrage of rockets into Israel, indiscriminately shelling civilian targets as well as dropping some missiles short and blowing up buildings within its territory.