This afternoon the mayor of Kansas City advocated the effectiveness of compromise in the midst of a homeless crisis.

There's still a lot to unpack in this story but for now let's check the city hall honcho's argument . . . 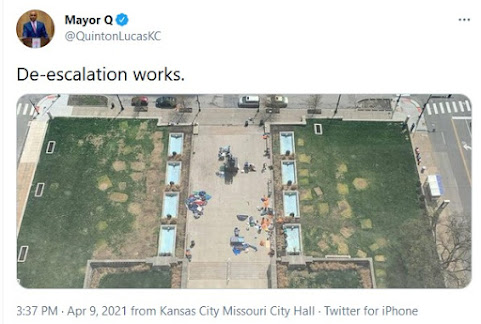 Even better, some of the public Twitter responses also deserve attention . . .

"Shoutout to @KCTenants working with the homeless union and the city to get the demands of the homeless people within the city. This shows you don’t need tear gas and destruction of peoples belongings to work with the homeless community like they did at Echo Park in LA."

"You're literally paying their demands. There was no de-escalation. This is laughable."