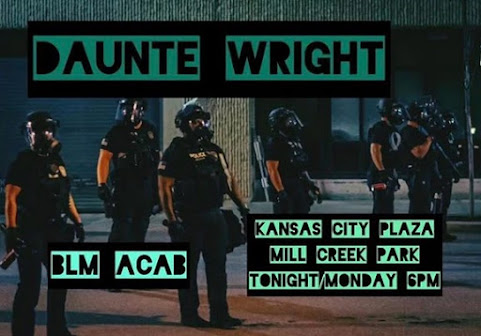 Local protesters who might not be looking for a better job during the COVID economic recovery are quickly organizing a protest tonight in solidarity with Minnesota demonstrators.

To wit and sparked by bombastic statements via social media:

We're hoping "the festivities" remain cordial, peaceful and focus on healing . . . But the signage doesn't seem very open to compromise.

Whilst tough talk against law enforcement is trending via social media across the nation, the nicer weather might spark turnout for this protest with a connection that's not really local at all.

UST: 'This is murder': Outrage builds over death of Daunte Wright in traffic stop; police chief says officer intended to use Taser

Guardian: Minnesota police shooting of Daunte Wright: what we know so far

CNN: Biden calls for 'peace and calm' in the wake of Daunte Wright's fatal encounter with police in Minnesota