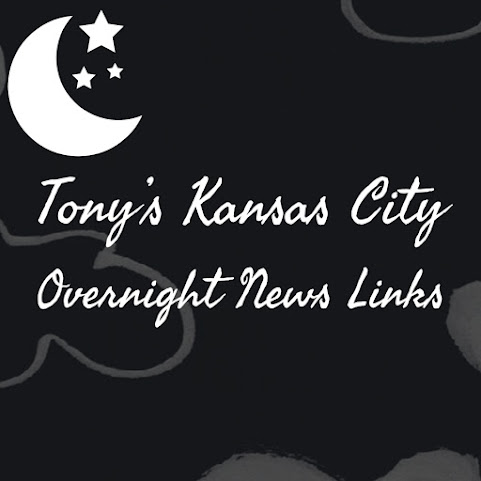 Pop culture, community news and top headlines shared with our blog community in hopes to update just a bit earlier in the morning.

It's a hopeful time if you're running a restaurant. COVID-19 restrictions have forced a lot of them to close in the last year but now those restrictions are changing."This is one of our really popular ones. We call this the Mama-Uma.

KANSAS CITY, Mo. - Many business owners in the Location One building, located at 1734 E. 63rd Street in Kansas City, Missouri, are feeling disrespected. Clarity Development Company, which is based in Omaha, Nebraska, recently purchased the building. The company is planning to demolish the current structure and construct a new affordable housing apartment complex.

WASHINGTON (NewsNation Now) - President Joe Biden addressed a joint session of Congress Wednesday evening ahead of his 100th day in office to make the case for his administration's agenda. The full text of President Biden's address to Congress is below. Following the address, the full speech will be in the player above.

Rebel Wilson was in a flirty mood on Tuesday when she showed off the results of her year of health wearing figure-hugging lingerie - with a flirty detail. The Australian actress took to her Instagram Stories to share two selfies dressed in a risqué black outfit.

President Joe Biden struck a notably optimistic tone in his first speech before a joint session of Congress, coming after a long pandemic year that has been marked with isolation, loss, and for far too many Americans, death. "After just 100 days - I can report to the nation: America is on the move again," Biden said during his speech.

Scott: Biden administration 'inherited a tide that had already turned' on pandemic

The men accused of plotting to kidnap Michigan Gov. Gretchen Whitmer were engaged in domestic terrorism, federal prosecutors now claim, signaling a potential shift in how the Justice Department is handling one of its highest-profile cases involving anti-government activities.

As part of a $2.3 trillion infrastructure proposal, President Joe Biden is pushing Congress to spend $100 billion fixing a problem that mostly doesn't exist: widespread lack of access to broadband internet. The Federal Communications Commission (FCC) estimates that there were about 14.5 million Americans, living in an estimated 4.3 million households, that lacked access to broadband internet at the end of 2019.

Scroll for the video, one that even came with a little motivation as Lisa told fans: "Keep moving forward." The mom of two, who has been in the news for reacting to 19-year-old daughter Amelia Hamlin dating 37-year-old Talentless founder Scott Disick, was giving a nod to being nearly 60 and looking flawless in a bikini, with the shorefront video seeing the actress in a red string bikini as she flaunted her ripped frame and got in some mid-week cardio.

Diana Condori remembers the first time she passed through the Puerta del Sol gateway at Tiwanaku, an ancient sacred site in her home country of Bolivia. Angular petroglyphs are carved into a single ten-ton volcanic rock, and through the arch, this megalith offers breathtaking views of the Andes mountains.

Jorge Soler had two doubles among his three hits and drove in three runs to lead Kansas City over the Pittsburgh Pirates 9-6 on Wednesday night and improve the Royals' record to a major league-best 15-8.Soler's doubles sparked three-run rallies in the first and sixth innings, the latter stretching the lead to 9-5.Kansas City won for the sixth time in seven games.Salvador Pérez also had three of Kansas City's 12 hits.

Thursday will be drier with increasing sunshine

And this is the OPEN THREAD for night owls & early birds.