Like It Or Not, Kris Kobach Emerges As Early Leader For Kansas Attorney General 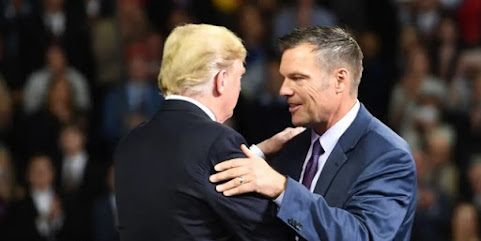 Don't get it twisted, TKC probably doesn't agree with Kris Kobach about very many political topics.

But it's hard not to admire the dude's persistence.

It's obvious that Kris Kobach is starting out strong given that he has evoked so much progressive political ire.

In fairness, we'll let Mr. Kobach speak for himself in a worthwhile video clip of his kickoff campaign announcement that will test the skill, resolve and fortitude of Kansas Democrats along with their ongoing 40 year plan to emerge from super minority status.

Prove TKC wrong . . . Name one contender from the Kansas Democratic Party bench who has a connection with a national news network, name recognition throughout the political world and would be willing to take this low rent mostly dead-end gig.

Take a look at Kris Kobach pushing back hard against the Prez Biden administration . . .

Double bonus for early risers . . . Mr. Kobach will be talking to conservative talker Pete Mundo this morning at around 9:30 in the AM.