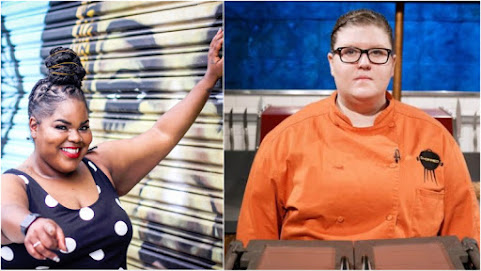 A local comedian is calling out a legendary BBQ fam in a beef that has blown up on social media.

Most of the deets public and they're not really worth rehashing. Also, we can forgive readers if they never heard of either of these two minor cowtown celebrities.

The basics of the dispute among two public figures . . .

The bar talk beef ALLEGEDLY started over a BBQ joke gone wrong . . . And then, in order to make sure the deets of this drama are far too confusing for anybody with a day job to understand, there's progressive territorial chatter that pits people of color against LGBT denizens.

Predictably, the hot mess turned into an online flame war . . .

Again, the allegations noted by Ms. Banks are going viral on local social media and are being picked up by national podcasts but we haven't had any luck finding a response from Ms. Magee and we will post any LEGIT reaction from her perspective.

What's interesting to TKC is the dearth of real life solidarity among "diverse communities" as soon as the hackneyed insults start flying.

Missie B's has weighed in and seems to be siding with their performer. 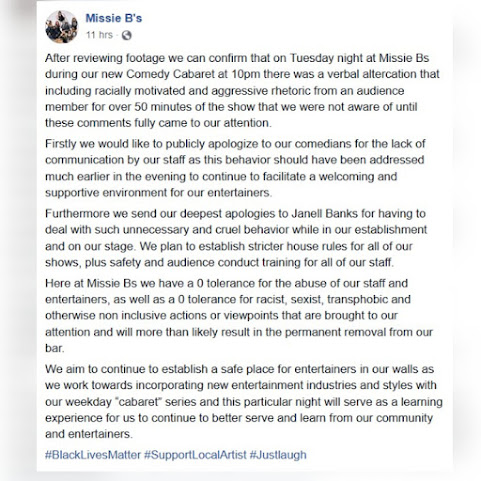 Before making any judgements we think Ms. Magee should at least have the opportunity to respond.

Social media activists are quickly working to "cancel" one of the best BBQ restaurants in Midtown Kansas City without realizing that the place employs DOZENS of people who were likely at home sleeping and getting ready for their next shift during the late night chuckle-fest gone wrong.

UPDATE: Q39 CUTS TIES WITH KATEY, HELPS HER GET TREATMENT AND APOLOGIZES TO COMEDIAN!!