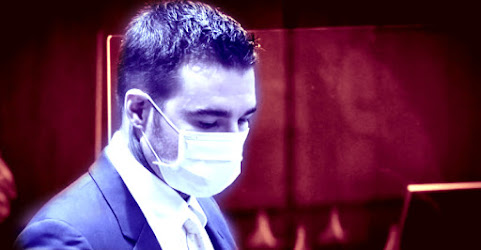 Given the emotional drama and outpouring of sympathy for the families in this case, it wouldn't really be appropriate to add snarky headlines to these stories. Instead, we simply share info and links in order to point readers to some of the better stories in this week's double murder decision.

HARRISONVILLE, Mo. - "Disbelief." Jessica Runion's father summed up his feelings about the day he learned his daughter disappeared in one word for jurors Friday morning. John Runions followed up with many more words and thoughts as he shared memories with jurors during the sentencing phase of Kylr Yust's trial.

"She was everything to me." Family of Kara Kopetsky, Jessica Runions give emotional testimony during sentencing phase

CASS COUNTY, MO (KCTV) -- Prior to a jury recommending Kylr Yust be sentenced to life in prison for the death of Jessica Runions and 15 years for the death of Kara Kopetsky, their parents offered emotional testimony.

HARRISONVILLE, Mo - It was an emotional day at the Cass County Courthouse as the family of Jessica Runions told the jury how the young woman's disappearance and death has affected them. Runions' disappeared in September 2016 after leaving a party with Kylr Yust.

BELTON, MO. (KCTV) -- For 14 years, the Belton community has waited for the killer of Kara Kopetsky to be brought to justice. That day was on Thursday when a jury found Kylr Yust guilty of voluntary manslaughter in the death of Kara Kopetsky and second-degree murder for the death of Jessica Runions.

HARRISOVILLE, Mo. - The sentencing phase of Kylr Yust's trial on Friday included victim impact statements from the families of Kara Kopetsky and Jessica Runions, who told the jury how their losses devastated them. Family members took the stand, directly telling the jury about their grief before the members considered the length of Yust's sentences for second-degree murder and voluntary manslaughter .

KANSAS CITY, Mo. - The mothers of Kara Kopetsky and Jessica Runions spoke outside the Cass County Justice Center Friday afternoon, moments after learning the man convicted in their daughters' deaths will spend years in prison.