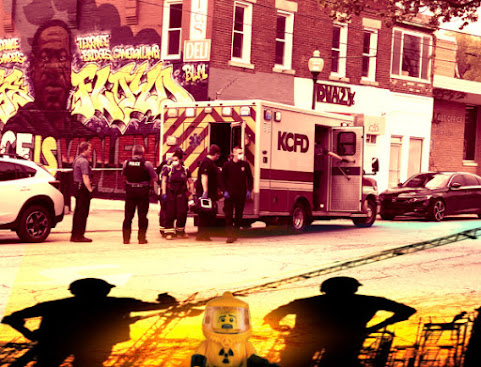 Proponents of toy train expansion believe their effort will be "transformative" but haven't shared much info with the public about how their plan will confront increasing violence throughout the Main Street Midtown Kansas City corridor.

We're not saying that neighborhoods can't change . . . But progress is hard fought.

The plague has hardened this part of Kansas City. Pushing thousands of people out by way of higher property taxes and increased cost of living won't be as easy as amateur economists predict given the dearth of low-income housing options available throughout the metro.

In the meantime gunfire remains fairly typical in this part of town.